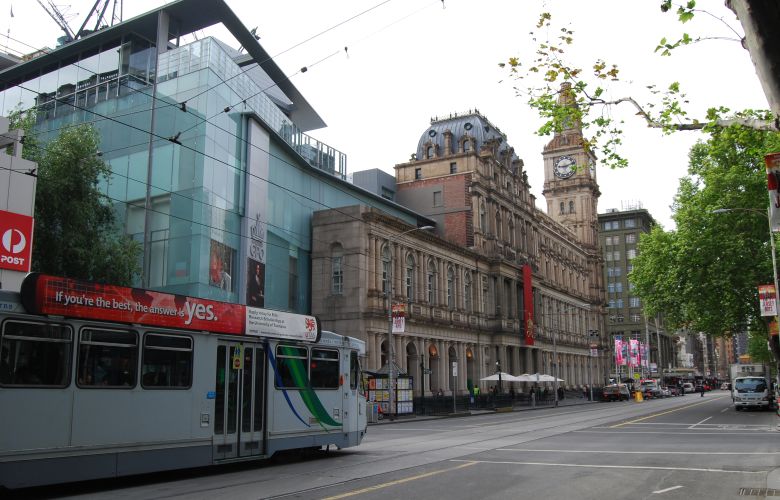 Located on the corner of Elizabeth Street and Bourke St is the Melbourne GPO. Now a classy shopping centre, there are shops with the lates Ladies Fashions, Mens, Health and Beauty and footwear and more.

In fact there are over fifty stores spread over three levels. It joins the celebrated shopping areas of Melbourne such as the Paris end of Collins street, the Block Arcade and the Georges on Collins building.

The General Post Office first operated near the corner of Kings St. and Flinders Lane till flooding, something the area was known for, caused the removal of the Post Office to its present location.

The building was completed in 1907 after being started in 1859. The building exhibits 3 different styles - the first floor with Doric Columns, having been built between 1859 and 1867. The second floor has Ionic columns while the third floor, built between 1885 and 1890 along with the clock tower has Corithian type columns.

The building was last used as the GPO in 1993 and reopened in 2004 as a shopping centre. See more about the building and the shopping available:

Main Photo: Melbourne GPO, on Elizabeth Street in the CBD.