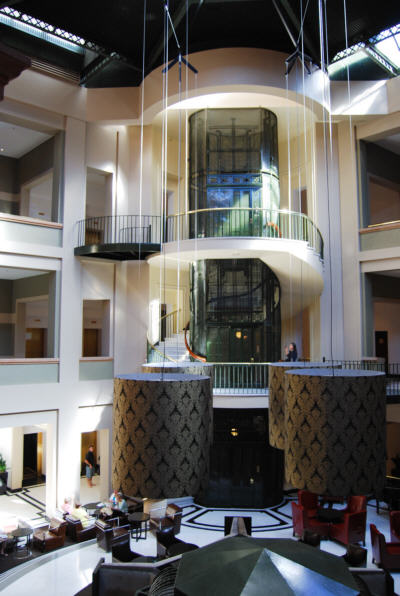 Hotel and Resort Deals throughout Australia

Touring Australia or visiting some of our choice destinations? We have put together some of the best deals at our most popular destinations in the country with real-time access to rates and room availability. You can make reservations online or by phone.

You can find family hotels and for business travellers, there is a wide variety to choose from in the range of four and five star hotels.

Sydney has a lot going for it as a world holiday and tourist destination. Fantastic beaches within easy reach, surrounded by huge National Parks such as the Blue Mountains and of course the Sydney Opera House and Sydney Harbour. Popular places to Stay: Bondi Beach, Coogee Beach, Manly and city central CBD (Central Business District). The surrounding suburbs can also provide a good selection of types of accommodation.

Melbourne Australia: Located on the shores of Port Phillip Bay and divided by the Yarra River in Victoria Australia, the first European settlers arrived here in 1835. Helped by the prolonged Gold Rush, the little village boomed and within less than 50 years had developed into a teeming city.

Brisbane, Cairns, the Gold Coast and the Sunshine Coast are all great destinations for a memorable Australian Holiday. Queensland also has the Great Barrier Reef, tropical islands and sub tropical coastline that stretches for thousands of miles of pristine scenery.

Brisbane, with its laid back atmosphere has plenty going for it, a good nightlife with plenty of opportunities to explore the arts and culture. To the south east is the Gold Coast, with its Surfers Paradise, while to the north east, the Sunshine Coast offers gorgeous beaches, fishing, cruising and:

Further north along the Queensland Coast, is Cairns. In the Cairns surrounds is the Daintree National Park and offshore, the Great Barrier Reef.

Adelaide, its streets designed right from the beginning from a grand plan has developed into a sophisticated and elegant city, surrounded by greenery. Here, you can find great wining and dining, green parks, arts, culture and a thriving music scene. Nearby there are natural wonders and wine growing regions, including the Adelaide Hills, Limestone Coast (Coonawarra) and the Barossa Valley.

The Northern Territory offers a diverse range of accommodation, from luxury five-star hotels run by international chains to lodges and luxury desert resorts. Exploring vast deserts in the Central and Far North of Australia can be hard work, but not necessarily so, you can also do it in style.

Tasmania and its charming capital, Hobart, continues to attract visitors from all over the world for its pristine beauty and vast wilderness areas.

Tasmanian spectacular scenery can be found within a short driving distance of both Launceston and Hobart.

Perth on the Swan River. With the state having the lowest population of all the states, its land mass covers one third of the country. To the south west is stunning scenery and Margaret River, and to the north west, natural environs like Shark Bay, with Rottnest Island off the coast.