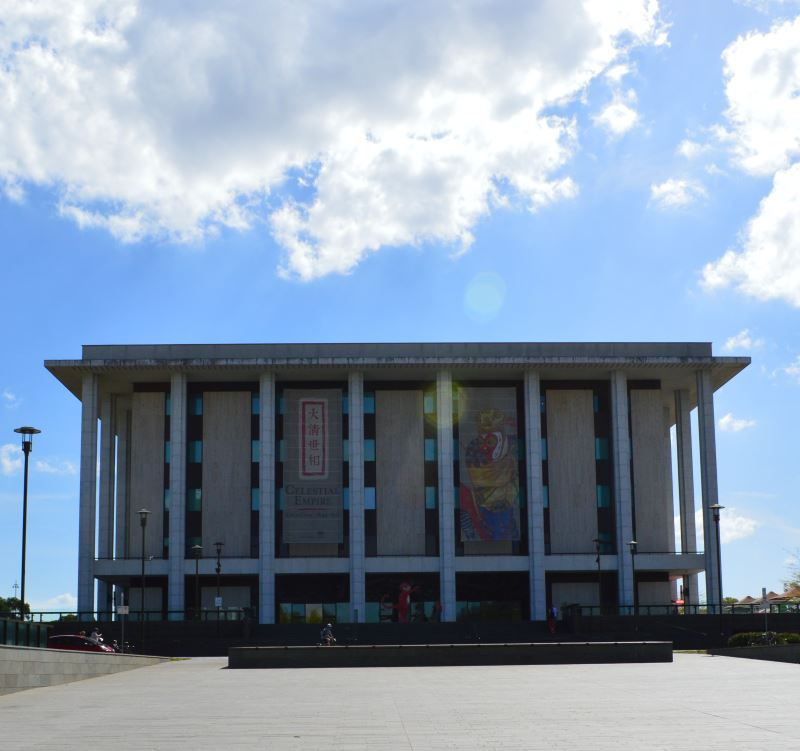 Although visiting Lake Burley Griffin is worthwhile on its own, a number of Australia’s national museums and galleries, as well as other major public buildings are located on its foreshore. The lake loop walk that takes in the scenery also enables you to visit these places.

The National Gallery of Australia has some of the greatest artworks produced not only in Australia but from around the world.

The National Library of Australia is a repository of more than seven million books and a whole lot more. Here you can find Australia’s finest collection of Australian literature and heritage documents. While there, check out the Bookplate, the conveniently located café, open for breakfast, lunch and dinner.

There are many portraits here, not just of stuffily posed prime ministers and other politicians, but great works of art of people that really influenced Australian life and culture.

Many may have wondered why Canberra, as the capital of Australia, is where it is. A planned city, it was actually planned long before the main streets were laid out.

Housed in the Old Parliament House, the Museum of Australian Democracy has exhibitions, historical artefacts and changing displays. It also has a special section for children.

A more exhaustive list of the Canberra Attractions can be found here:

The City of Canberra

You can take a cruise on the lake, which makes for an idyllic hour in the morning or afternoon on weekends and public holidays. Cruises depart from in the front of Questacon. Phone: Mob 0407 074371 for more information.

Thought about working your way around Australia? See Australia Work.

Main Photo: National Library of Australia on the foreshore of Lake Burley Griffin