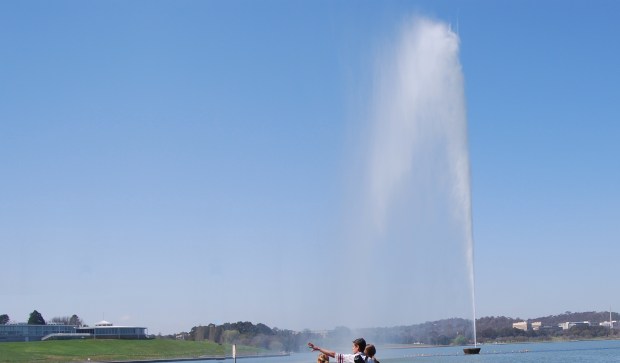 Photo: North of Lake Burley Griffin (on the left of the photo) is the National Capital Exhibition Building
See the Attractions Map

When visiting Canberra, the National Capital Exhibition is recommended as a good place to start exploring the city. Here, there are models and exhibits relating to the original designs, not only for the city, its layout and main buildings, but why this area was chosen for the capital.

Originally, the federal government was seated in Melbourne. In 1911, it was decided that Canberra would be the site of the capital of Australia, being located near both New South Wales and Melbourne. Walter Burley Griffin, chosen to design the city, wanted a garden city like Versailles, with lots of green and lakes.

The NCE is located in a rotunda building with views of Canberra, Lake Burley Griffin, the Captain Cook Memorial Fountain (seen in the photo) and the National Monuments Triangle.

Part of the exhibition is a scale model of central Canberra, multi-lingual explanations of Canberra’s story, videos and photos.

The Captain Cook Memorial Fountain, shooting water over 140 metres was added in 1970, along with the globe on the foreshore.

You can also learn about the traditional owners of the Canberra region and their link with the Bogong moth. There are 90 minute guided tours available.

More Information about the many Museums in Canberra.

Further reading about the Canberra ACT.

Canberra Hotels and Accommodation in the ACT

Accommodation in the ACT and Canberra - ACT Hotels. 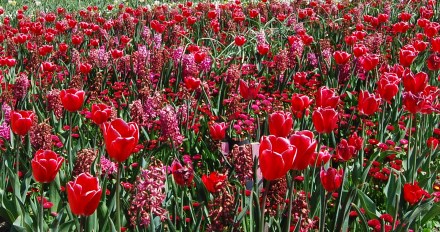 Photo: Floral Display at the Canberra Floriade, held every year.