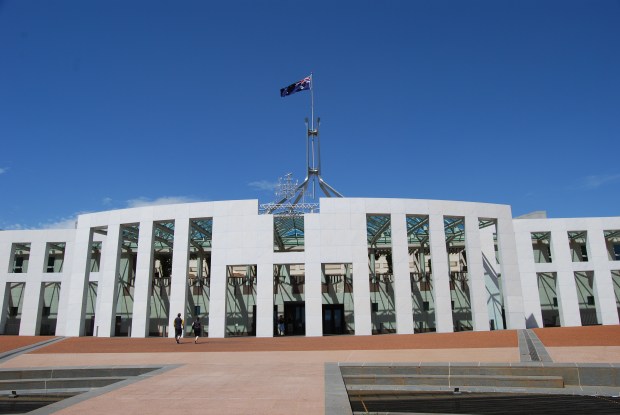 Photo: The Front Entrance to Parliament House in Canberra

Set on a 32 hectare site, Parliament House opened in 1988 and is the meeting place of the House of Representatives and the 76 senators of the Australian Senate.

The present building is actually the third building to serve in Canberra as Parliament House since 1901.

The entrance foyer is an attraction in itself. The grey and green pillans and gold lined glass ceilings are designed to remind people of the great eucalypt forests that cover much of Australia.

In front of the foyer is the Great Verandah. This marks the main public entrance to the building and was cut out from a single cliff face of the finest Italian marble.

The flag pole atop the building is a height of some 81 metres and towers above the landscape. The tower itself weighs more than 200 tonnes.

Designed to impress, it certainly does that while dedicated to Australia’s open system of government.

Within the building, there are both temporary and permanent exhibitions relating to Australian history and governance, including an actual authentic copy of the Magna Carta. This short but important document is often quoted as being important to the fundamental idea behind Western democracy, though few have actually read it.

Canberra Attractions in the ACT

More about the many attractions, art galleries and museums in Canberra, see ACT Attractions.

Further reading about The City of Canberra.

Accommodation and hotels in the Australian Capital Territory - ACT Hotels. 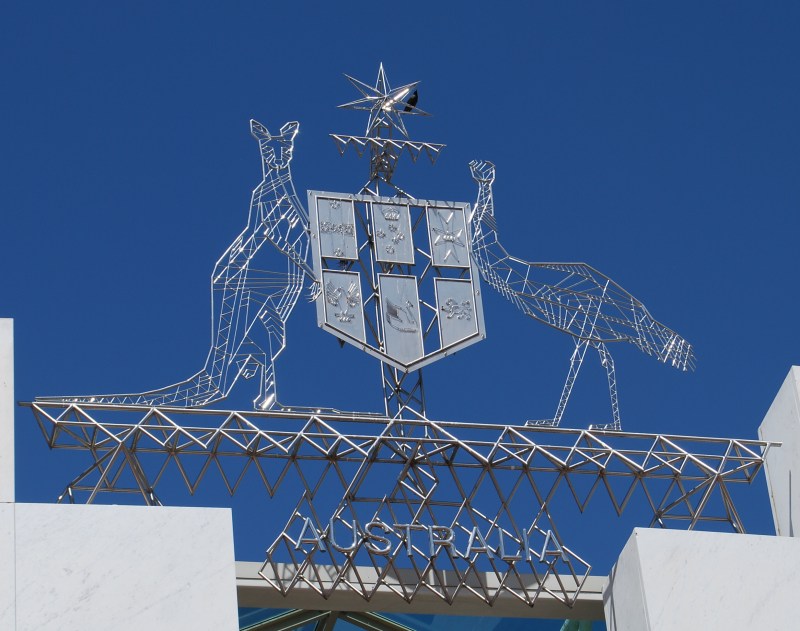 Photo: Above the Front Entrance to Parliament House