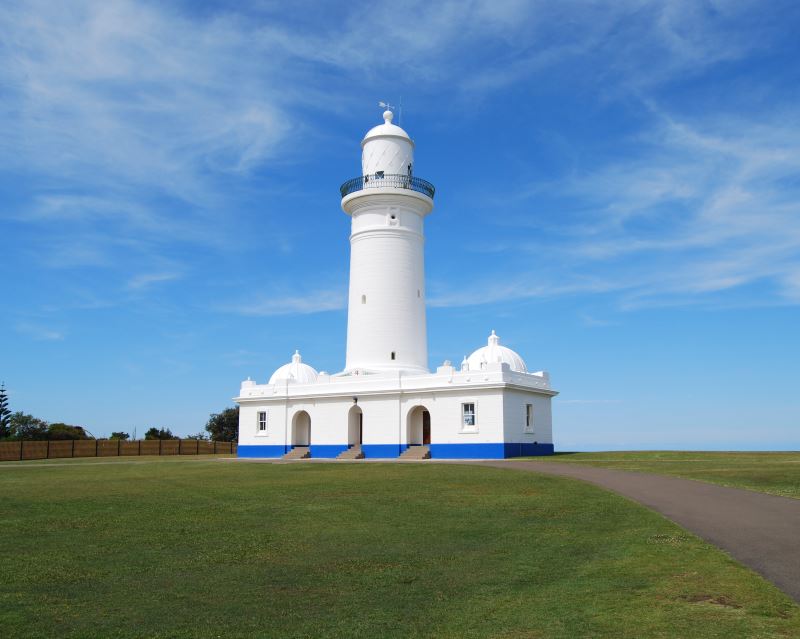 The iconic white lighthouse on Dunbar Head, called Macquarie Lighthouse, is also sometimes referred to as the Bondi Lighthouse. The first lighthouse in Australia, it is still used today.

You can visit here, although it is only open once every two months. There are tours available, at the top of the lighthouse there are absolutely stunning views of the ocean, the coast and Sydney Harbour.

it was built in response to a tragedy when the immigrant ship Dunbar crashed into the rocks of the South Head to the entrance of Sydney Harbour during a dark storm. All passengers and crew perished, except for one, able seaman James Johnson who managed to cling onto one of the rocks during the night.

Only nine weeks later, the ship Catherine Adamson, was lost in similar circumstance at North Head. These twin tragedies affected the population of Sydney greatly, not only the relatives.

The original lighthouse at Dunbar Head, Vaucluse, was designed by Francis Greenway, an ex-convict who had made good in the colony and becoming the colonial civil architect. The Macquarie Lighthouse, as it was named, was Greenway’s first commission and was first lit on 30 Nov 1818.

Problems with the soft sandstone used to build the early lighthouse caused the NSW Government to replace it with the present one, used till today, making it the longest serving lighthouse in Australia.

Other notable buildings he designed in the early colony of NSW include the Hyde Park Barracks, built to house convicts upon their arrival, St James Church at Queens Square and the Government House, located near the Sydney Opera House.

The Macquarie Lighthouse located near Bondi at Dunbar Head is the longest serving lighthouse in Australia becoming a notable Sydney Australia Landmark.

Map of Sydney Australia showing . Bondi Beach is in the center to the east. 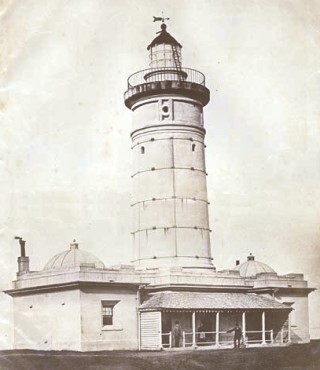 Photo: The entrance to Sydney Harbour and the Two Lighthouses