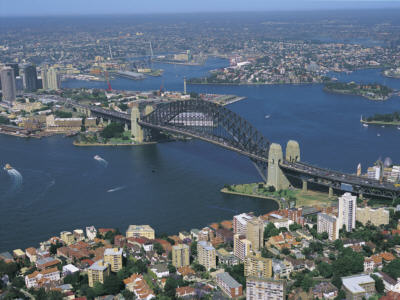 Setting up Business in Sydney Australia

Sydney, one of the most multicultural cities in the world is a modern city with a highly skilled workforce drawn literally from every part of the globe - 180 nations, speaking more than 140 languages.

Phoning People and Businesses in Australia

Live and Work in Australia

For City hotels, motels and other accommodation see Sydney Accommodation.

Interested in trying a working holiday in Sydney or elsewhere in Australia? See more about Sydney Work - Jobs.