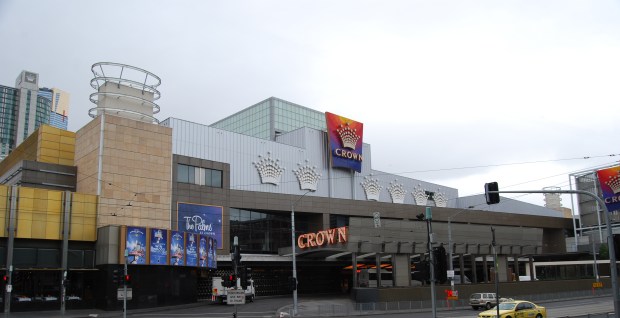 Photo: Premiere amongst the Casinos in Australia, Crown Melbourne Complex

In Australia, the casinos are much more than places to go and enjoy games of chance. They have great restaurants, bars and other places to eat as well entertainment and very select accommodation, including some of the best hotel rooms and suites found in the country.

Casinos in this country are strictly limited in number:

The Star Casino in Sydney Australia is located at Darling Harbour. The Star offers award winning chefs and restaurants, The Darling - a five star boutique lifestyle hotel, a 16 room day spa, a luxury retail collection and a world class casino.

Furthermore, internationally acclaimed nightclub operator, Tao Group, brought monumental change to Sydney’s nightlife landscape with the opening of Marquee nightclub. This year, The Star will open its new $100 million Events Centre which is designed to host A-list performers from around the world.

Melbourne, Victoria: Crown Melbourne is the largest and most successful entertainment complex in the Southern Hemisphere and one of the largest in the world. With three hotels including the Crown Towers Melbourne, Crown Metropol and the Crown Promenade.

One of the world’s most famous chefs, Gordon Ramsay, opened his first two Australian restaurants; maze and maze Grill at Crown Metropol. Ramsay and his Chef de Cuisine, Josh Emett are also responsible for the hotel’s room service offering and spa cuisine.

Situated next to the Adelaide Railway building, the complex will be a major tourism and entertainment destination. You can already enjoy the Adelaide Casino now, with its famous restaurants and bars as well as chances to win big.

Crown Perth - a city within a city! On the banks of the Swan River, with the city’s great climate, blue skies, fresh air and some pretty amazing facilities on offer, the casino is located just fifteen minutes from both the domestic and international airports and just five minutes from the Perth Central Business District.

Facilities at the Complex include two quality hotels, 30 restaurants and bars, a nightclub, Perth’s only 24 / 7 casino, two live entertainment venues and a host of recreational facilities including resort-style pools, an eighteen hole golf course, luxurious Day Spa, retail outlets, cycling trails along the river and a convention centre.

The Treasury Casino and Hotel Brisbane, situated in the historic building is also the premiere entertainment centre for the city since 1995. Complete with six restaurants, four bars, a plush hotel and near to Brisbane’s many attractions. The rooms feature high ceilings, luxury bathrooms and elegant furnishings.

Jupiters Hotel & Casino on the Queensland Gold Coast has entertainment, dining, bars and gaming. Set on seven acres of parklands it has seven restaurants, eight bars and a 24 hour casino. Just a short walk from the stunning beaches of Surfers Paradise.

Jupiters Townsville - with four great restaurants, three bars, casino and a hotel, the location in the north of Queensland has proven popular with those wanting to combine their gaming in a lush tropical setting, wonderful beaches and with chances to explore the islands of the Great Barrier Reef.

Wrest Point in Hobart, Tasmania was the first legal casino to open. Situated on a spectacular place on the Derwent River, it now celebrates more than forty years of operation having opened on February 10, 1973.

Hotels and Accommodation in Australia 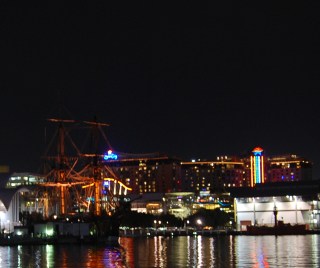