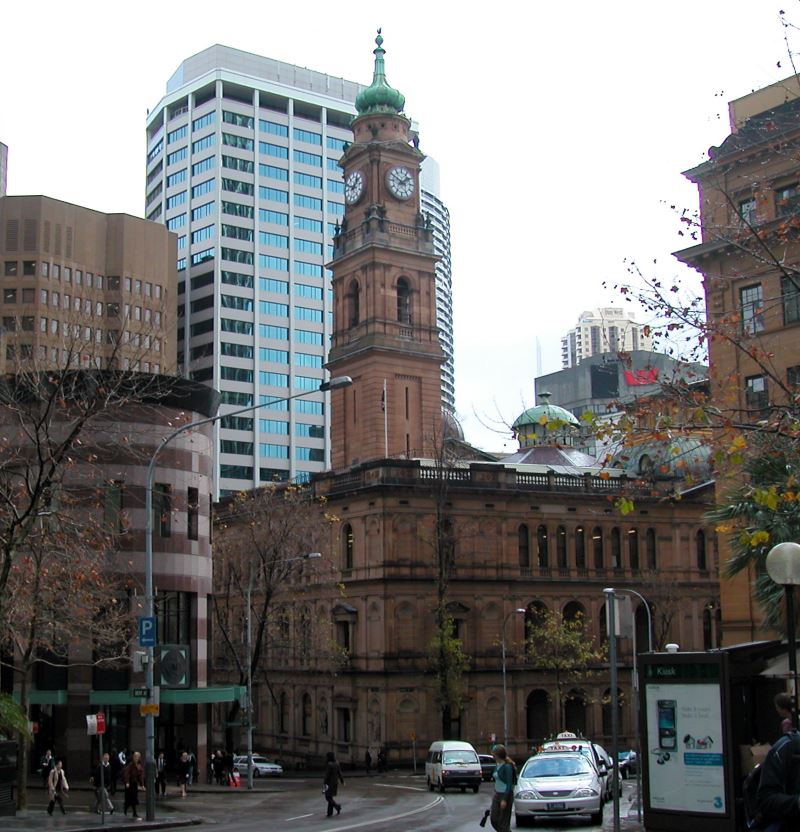 Sydney city central CBD has a number of landmarks, including the Department of Lands Building, situated on Bridge St. This iconic sandstone building, incorporating a number of innovative ideas for its time, was heritage listed in 1989.

Due to government initiatives, the building has now been leased for 99 years for redevelopment as an international hotel.

The present government, led by Bruce Baird, has promised the strongest level of heritage protection under the law, with the government retaining ownership.

The location has been in use by government since the very beginning of the colony of NSW, in 1788. Construction began in 1876 to 1880 for the first stage, and from 1888 to 1893. Another feature is that the facade has sculptures of various historic colonial figures of importance displayed on three levels.

It became Sydney’s largest building, occupying a city block and included a clock tower. The tower reaches a height of sixty one metres and is covered by a beautiful copper dome in an onion shape.

Within the building, the NSW standard Base Line was established in the ground floor corridor for location. As well, a Datum Plug, where all measurements above and below in NSW are noted in reference from, was placed on the front of the building.

The building was originally designed by James Barnet, one of the most influential architects of NSW, many other buildings of note in the colony were designed by him including the General Post Office and the courthouse in Goulburn NSW.

Nearby Places of Interest 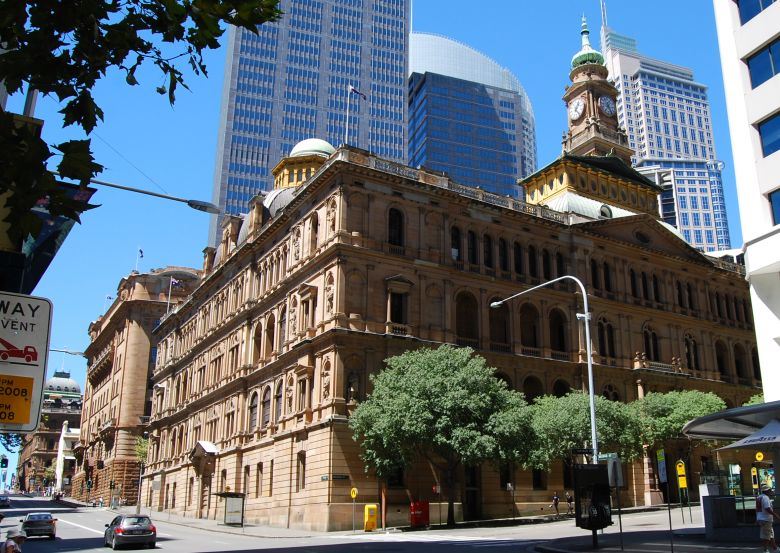 Photo: Bridge St. Sandstone Buildings, including the NSW Department of Lands in the Foreground