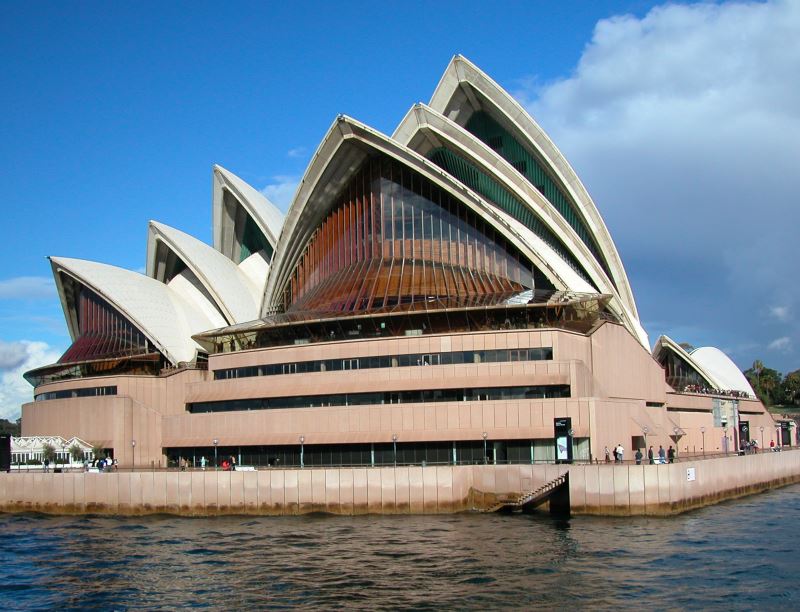 Sydney Cove, where the First Fleet landed with its load of convicts and guards, is flanked to the east by Bennelong Point. Named after an aboriginal who helped the early British settlers, it is now home to the Sydney Opera House, easily the city’s most visited attraction.

The cove is part of what is now called Sydney Harbour, then called Port Jackson. On the other side of the cove is The Rocks, a restored historical district where the convicts were first housed after the arrival of the First Fleet.

The point originally was marked by some rocks and a tidal island, with a small beach. The first horses and cattle that were brought to Australia by the colonialists were confined at night on this small island.

Not much later, a small house was built here to act as a home for Bennelong, an Aboriginal who acted as an interpreter for the colonialists and the various indigenous local nations (Eora) that occupied the greater Sydney region.

Designed by Jorn Utzon and certainly one the best known buildings from the last century. The Sydney Opera House, located at Bennelong Point on the Harbour is also a busy entertainment venue and not just a pretty sight.

Classical Music and Opera can be enjoyed here, as well as movies and a whole host of events and shows throughout the year.

Comedy, jazz and theatre are popular events, as is ballet and world music. There are tours of the Sydney Opera House available and places to eat where you can enjoy fantastic views.

Places to Eat at The Rocks

Located on the other side of the cove:

Photo: Fort Denison and the Harbour as seen from the Bennelong Point