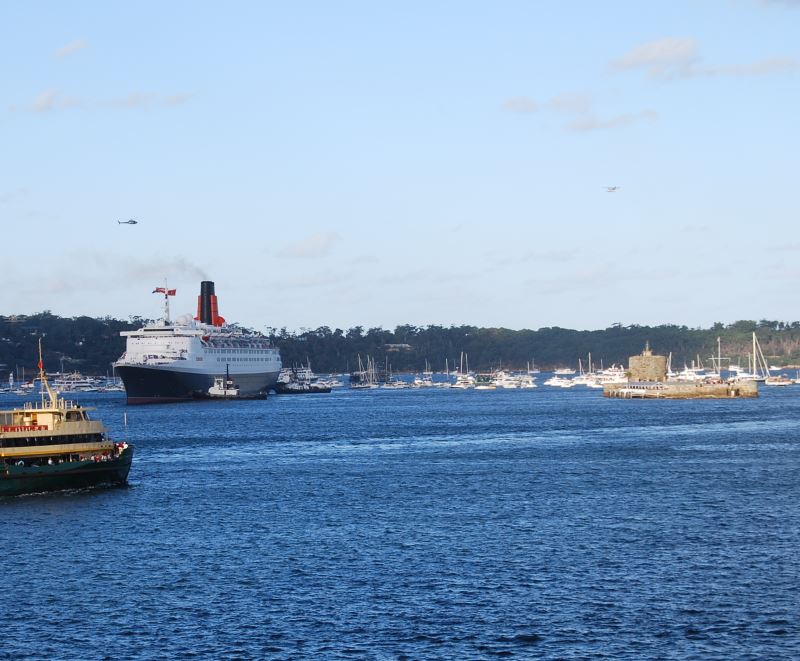 The Queen Elizabeth 2, the flagship of the Cunard Line, is now retired at Dubai, where it is presently docked. However, it is to be converted to a luxury hotel, so the interior of the ship has been meticulously maintained since its last voyage around the world (including Sydney Australia) in late 2008.

The QE2 was originally launched in 1967. Since then, it has made 26 round the world voyages. Although the ship is not currently in service, it is hoped it will be soon.

Today of course, the QE2 has been replaced by the newer luxury liner:

More and more cruise ships are visiting Sydney and other Australian ports of call. More about Australia Cruises.