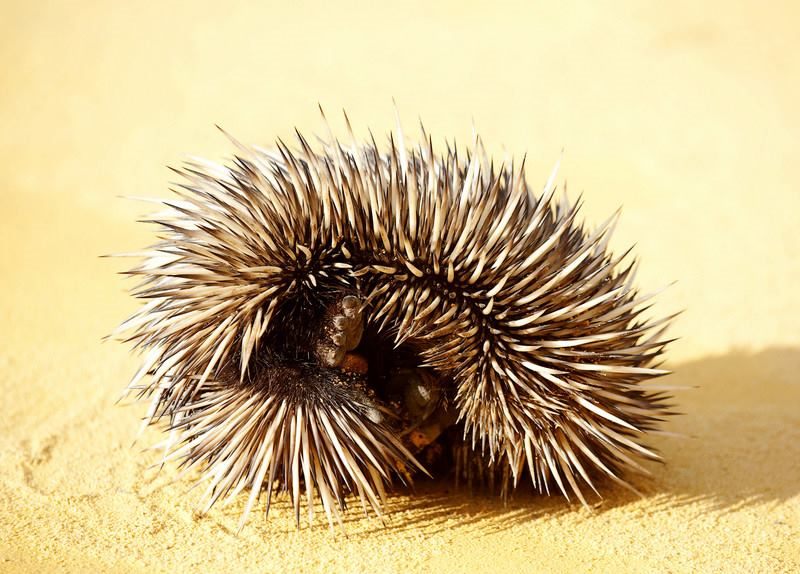 Echidnas are mammals with spiny covering, and although well protected, they are a rare Australian species that lays eggs. Like their mammalian cousins, platypus, echidnas are monotremes, i.e. they lay eggs to propegate.

This cute but not very cuddly animal is a rare species found in natural areas. It is not wise to try and pick them up, their spikes are there for a reason. Cute, but deadly. Well they hurt at least and may lead to infection.

An anteater, it has plenty to eat in Australia. It also feeds on termites and worms, using their small tongues. Despite having no teeth, they have no problems chewing their food properly.

It also carries its young in a pouch as marsupials do, even though it lays eggs like a duck. It is is extremely difficult to breed in captivity, when one does it makes the news.

Luckily, due to their low metabolism, they live quite a long time. In captivity, they have been known to live up to fifty years.

Despite laying eggs, it is actually a mammal but without nipples. They feed their young with special glands, located in the female’s pouch.

They live for a long time and have a very low body temperature, their natural habitat is in caves and burrows, being extremely efficient diggers with their claws. They live not only in desert regions, but also forests and other woodlands.

The photo was taken in the Kalbarri National Park, located in the coastal desert region of the Western Australia Coral Coast, near Kalbarri. You can see its snout on the lower right.