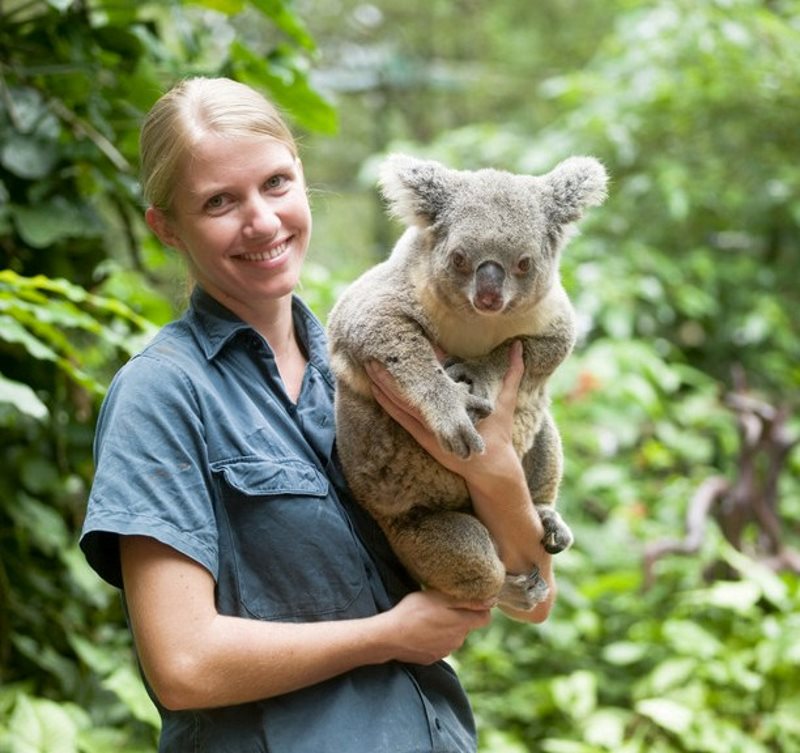 These nocturnal marsupials can be found in many parts of eastern Australia, however, their habitat space has shrunk dramatically since European colonisation and so have their numbers.

They are not, despite their name, bears. They are, for the want of a longer name; arboreal herbivorous marsupials, Phascolarctos cinereus of the family Phascolarctidae.

Their young live in the pouch of their mother, drinking its milk and eventually emerging after about six or seven months. When they do, they cling onto their mother’s stomach or back until the age of one year.

They eat certain types of eucalypt tree leaves, giving them somewhat of a a cough drop odour. The leaves also provide them with adequate water, giving them all the hydration they need.

Their thick fur protects them from the elements, and keeps them dry in the rain.

When not eating, they are sleeping. Or traveling between places to eat and sleep. Not known for their athletic prowess, they are cute nonetheless. Occasionally males will get into disputes with other males, they tend to need something like a hundred trees each for their territory.

They, like wombats (a close relative) and Kangaroos need to cross roads so please drive carefully when in the wild, even in city surrounds.

Photo: A close-up Zoom of a Koala in the Wild, one should not get too close as to Stress the Animal