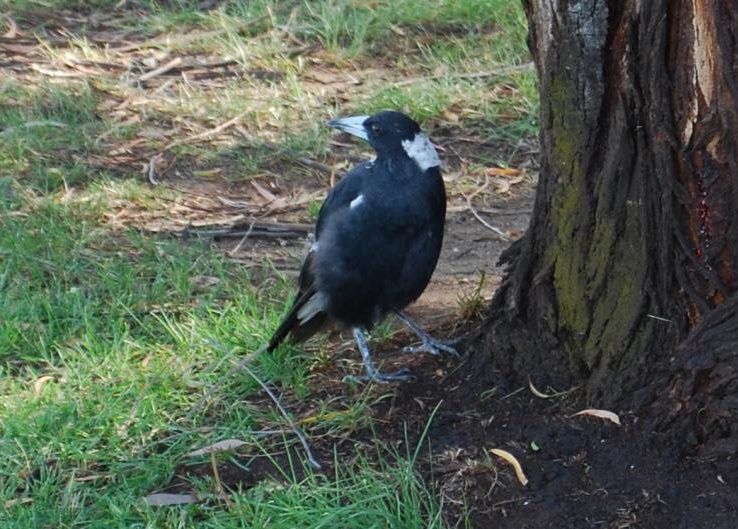 Photo: Because of their long legs, Australian Magpies can walk unlike other birds that hop.
Previous Kookaburra Next Rainbow Lorrikeets

These black and white passerine birds can be seen and heard not only in Australia but as far as north as Southern New Guinea. Adults range from 37 to 43 cm long, they also spend quite a bit of time on the ground looking for food, which includes animals such as small rodents and invertebrates. Like humans they are omniverous.

These birds have been recorded mimicking everything from other birds to domestic animals and humans. Their own calls can be very complex, yet distinct. Often, one or more Magpies will call one another, particularly in the early morning or at dusk. Any Australian having been overseas will recognise this call as a sign they are home, as with the Kookaburra.

In the Spring (September - October - November)

When protecting their nests and their territory, a small number of them are known to swoop. They can chase dogs and cats, even humans if they think their nest is threatened. Although rarely, they can cause actual injuries.

If you live near one of these during mating season, you may want to wear an appropriate sized plastic ice cream container on your head when out and about, though this is not guaranteed protection.

Main Photo: Because of their long legs, Australian Magpies can walk unlike other birds that hop. 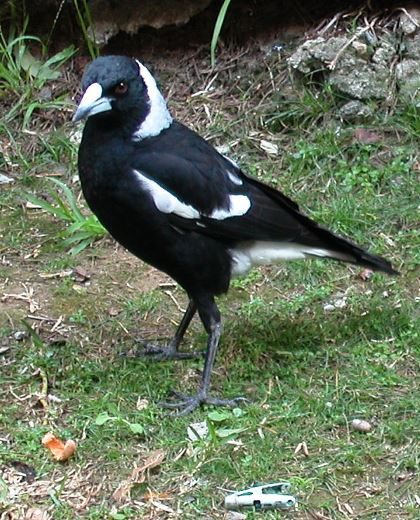 Photo: On the Ground Magpies Walk