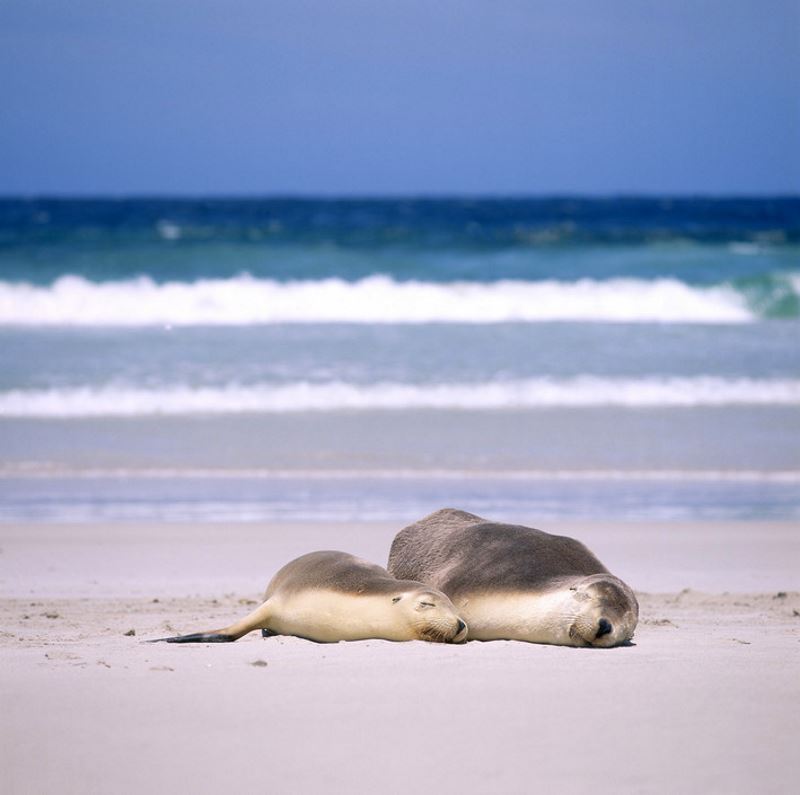 Despite the widespread hunting of seals in the 1800’s, they have begun to make a comeback, with a growing population. This is not true of all species, however.

These include the the sub-Antarctic Fur Seal, the southern Elephant Seal and the Australian Sea Lion. These and all other seals as well as sea lions and walruses are protected in Australia.

With a bit of luck, they can be spotted in the wild along the Southern Australia Coastline. Some have even been spotted as far north as Sydney in New South Wales and along the Coral Coast in Western Australia.

Seeing them in the Wild

Care must be taken upon seeing a seal in the wild. Like other animals that survive in the wild, they should be left alone to take care of their young. Seals can also move quite quickly and have been known to bite if disturbed.

Seals in the past were hunted for their prized fur, many colonies were wiped out all over the world, including Australia. A number of colonies are beginning a comeback in numbers, today, they are a protected species in Australia.

Places to See Seals in Australia

Tasmania, with much of its coast pristine has all kinds of marine wildlife, including different types of seals.

Those known to have been seen in Australia:

Quote of the Week

“Just what the world needs, another webpage.”

Main Photo: Enjoying a Typical Day at the Beach