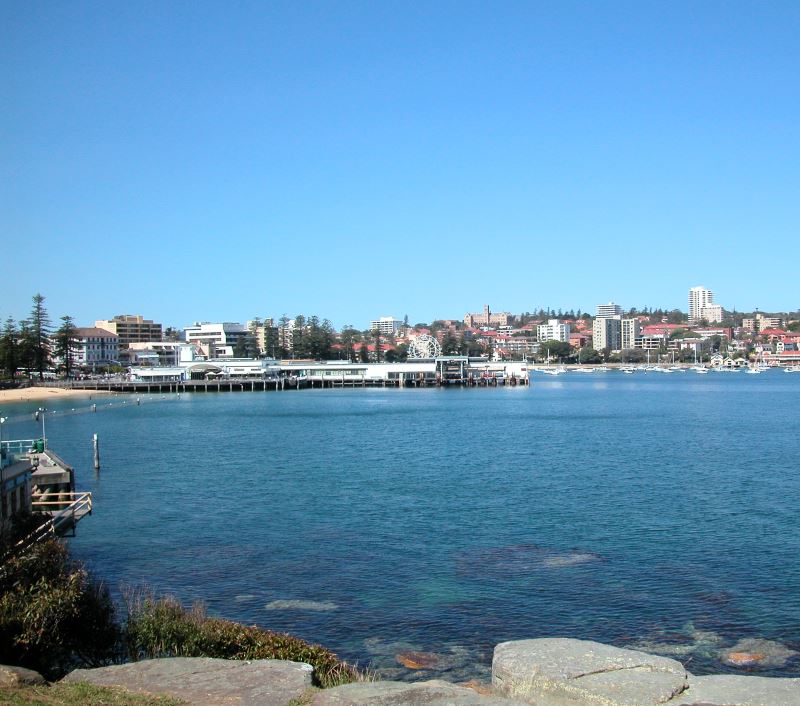 Photo: View from Federation Point. The Manly Scenic Walk begins just to the left of the Photo
Previous Elizabeth Bay Next Fort Denison

Along the Manly Scenic Walk is Federation Point with its spectacular views of Sydney Harbour, North Head and South Head.

Federation Point, so named to celebrate the Federation of Australia on 1 January 1901. This meant that the six British colonies (Western Australia, Queensland, New South Wales, Victoria, Tasmania and South Australia) became states and joined together forming what was to become the Commonwealth of Australia.

Prior to this, the colonies were self governing, with their own laws, tariffs, militia and even their own postage stamps. This had a number of detrimental effects, particularly in the areas of trade and travel. Trade was restricted between states for different reasons, while travellers had to put up with having their luggage and other belongings searched every-time they crossed they needed to cross the border(s).

As states, they still do have their own laws and separate governments, but under Federation, the military, federal taxes (musn’t forget those) and things like postage stamps became the concern of the Commonwealth Government.

Indeed the separation of powers and responsibilities, although an ongoing concern in the mainstream media, is clearly defined in the Constitution, establishing a federal system of government. That being said, the Constitution is not so clear on the separation of powers and responsibilities of the Federal Government and the Acts of Parliament. There is also no Bill of Rights, or similar, documenting any rights Australians might have.

The movement to do so was led by Sir Henry Parkes, who played a key role in its wording and formation and represented Manly in 1858 and again from 1885 to 1894 in the earlier NSW colonial government. Sir Edmond Barton, who became the first prime minister of the Commonwealth of Australia, also had lived in Manly from 1888 to 1893.

North Head is to the left, South Head can be seen in the distance. The outlet to the ocean is seen in the middle, to the extreme right is Middle Head.

Main Photo: View from Federation Point. The Manly Scenic Walk begins just to the left of the Photo

Photo: City of Sydney as seen from North Head (Manly) over the Harbour.