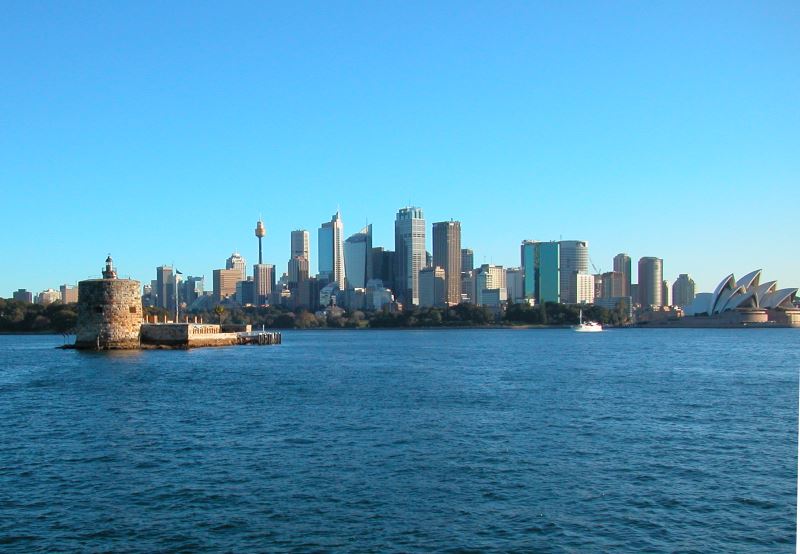 Photo: Small but formidable. This little unsinkable fort, with its tower of 20 foot thick walls and multiple cannons would have posed a serious threat to any sailing ship of the day, forced to sail close by to get to Sydney Cove. A familiar sight to anyone that has visited the Sydney Opera House and looked out over the harbour.

You can take a tour of this little fort on Sydney Harbour from Circular Quay. You can even enjoy breakfast, lunch or dinner here at the Café, unlike the pirates and the wannabee conquerors of earlier years.

The Fort was built by convict labour on the small rocky reef located here, originally used as a place of punishment for convicts who had transgressed after their arrival at the Colony. Called Pinchgut Island, prisoners were left here with absolute minimum rations for their time of punishment.

Situated strategically in the middle of Sydney Harbour, this fort was a key part of the 1800s defense network of Sydney. Originally known as Pinchgut Island, this was the punishment place for recalcitrant convicts who misbehaved during the very early days of the colony.

You can see Sydney awaken while your enjoying a brunch on the magnificent island of Fort Denison. Join the NPWS guide for a tour of the Martello Tower, there are also displays to see. A nice brunch is included.

The tour meets at 9am at Cadmans cottage (see Map). Also included in the price are the ferry transfers to the island fort and the guided tour. Plan about two hours, the ferry will bring you back to Cadman’s cottage at 11.45am.

You can also book visits to a number of the other islands on Sydney Harbour:

Main Photo: Small but Formidable: Part of the early defences of Sydney Harbour