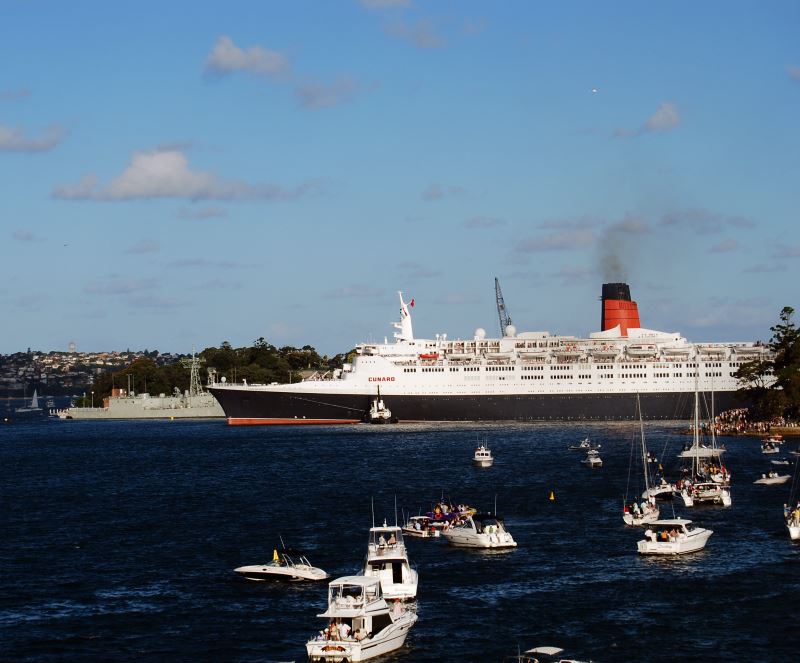 Just to the north-east of the Sydney centre, Garden Island formed part of the early defenses of the city to serve as a naval base and still does to a certain degree, with docking, training and administrative facilities.

There is a public access area with great views on the northern part of the island. You can also find the Royal Australian Navy Heritage Centre here, which details the history of the navy with exhibits and artefacts.

Once a separate island, it has been joined to the mainland since the building of a dock connecting the two in the 1940s. It served initially as a vegetable garden for the crew and officers of the HMS Sirius of the First Fleet, the ships that came carrying prisoners of Britain to establish the Colony of New South Wales in 1788.

Cruise ships now also dock here. Initially only used by them occasionally, there are hopes it will be on a more continual basis.

Here you will find numerous displays and exhibits that detail the history of the Australian navy, including the Battle of Sydney, which surprisingly, many Sydneysiders are not aware of.

You will also be able to see some beautiful boats that once served and artefacts that date all the way back to the early days of the colony. A must for history buffs, but also of interest to anyone connected to the sea.

Photo showing Garden Island. The city looms in the background. You can also spot the twin towers of St Mary’s near the centre of the picture, once a dominant landmark feature of the city skyline. Even Sydney Tower in the center now faces competition for being the tallest building in Sydney, though its shape will always be recognisable to Sydneysiders.

Photo: Cannon from the HMS Sirius

Photo: Queen Mary dwarfing all about Her.