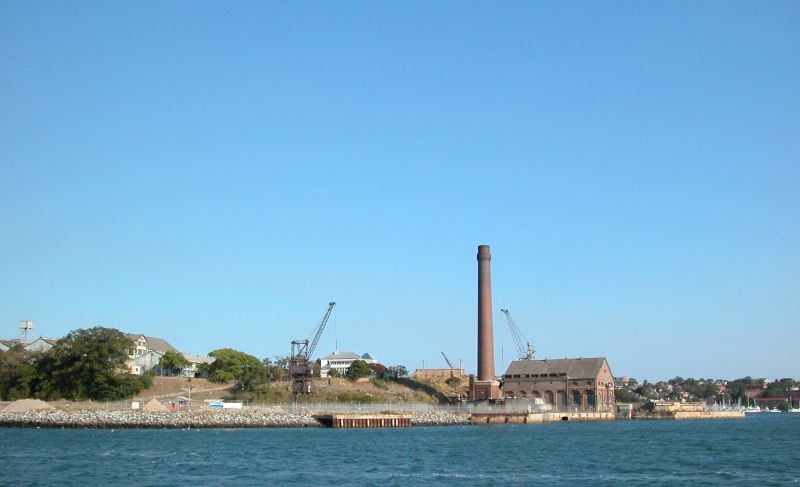 Although inhabited through the ages by the Aboriginal Bennelong and Barangaroo peoples, it was quickly utilised by the new colonialists as a place to store gunpowder and to house convicts who were assigned to work there.

It was later utilised as a place to house the water police station as well as the water fire brigade. Later years saw it used as place to repair ships.

There are tours available. As many buildings here were preserved from the early 19th Century, it is well deserved a visit. On the tour you can see how the convicts lived and were forced to work as well as their guards. The original gun powder magazine also still stands and you can go inside.

You can visit Goat Island to get a glimpse of life in 19th century Sydney with great views of the harbour and surrounds to boot.

Landing fees apply to the islands of Sydney Harbour. Visitors to Fort Denison can only go by tour, from Cadmans Cottage at the The Rocks. The tour meets at 9am. To obtain landing permits, contact the NSW National Parks at phone 13000 PARKS (13000 72757).

More information about the islands of Sydney Harbour, including Cockatoo Cockatoo Island.