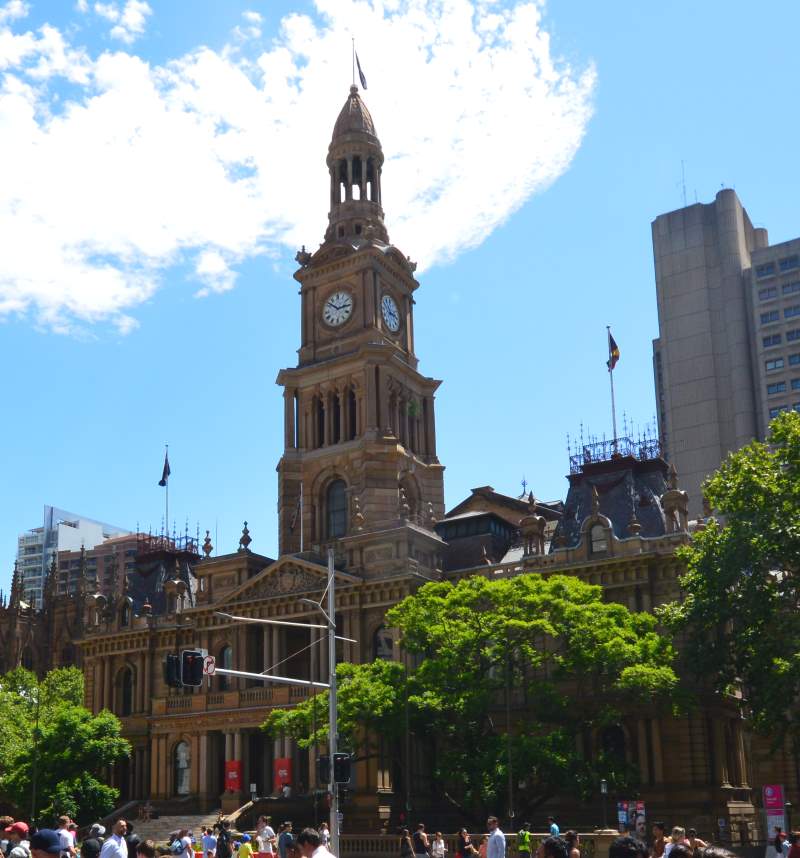 This ornate late 1880s yellow sandtone building, done in a Victorian Second Empire design, was built on the site of the old graveyard that had been there for many years. Indeed, when renovations were done in preparation of the building’s centennial celebrations, some human bones were still found.

The Sydney Town Hall was built on the site of the Old Graveyard. See the 1855 Map:

The building was designed originally by J. H. Wilson, who had entered a competition to design the city’s town hall building. By this stage Sydney was flush from money made not only in the NSW goldfields, but from wool, cattle and wheat that had begun to flourish in the regions beyond.

The clock tower, that became a Sydney landmark for many years, was designed by E. and T. Bradbridge, with the clock itself being installed in 1884.

To this day, Sydney Town Hall is still a popular place for events. You can also visit here, although access to certain parts may be restricted due to use during these events. Public events are held here as well, you can find out more at their website, with the link below:

One of the spectacular sights here is the massive pipe organ in the main hall (Centennial Hall) with five manuals and pedals, complete with almost 150 stops and couplers. This was the largest pipe organ constructed in the world at the time.

The many pipes and stops give it an amazing variety of sounds including many that are outside the range of human hearing, yet can be used effectively by a great organ player. It has been fully restored, there are regular concerts held here for the public to enjoy. Learn more about this organ and how it works:

Places of Interest in Australia 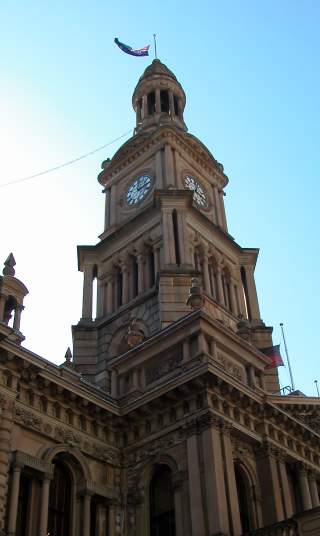 Photo: South side view of the Town Hall