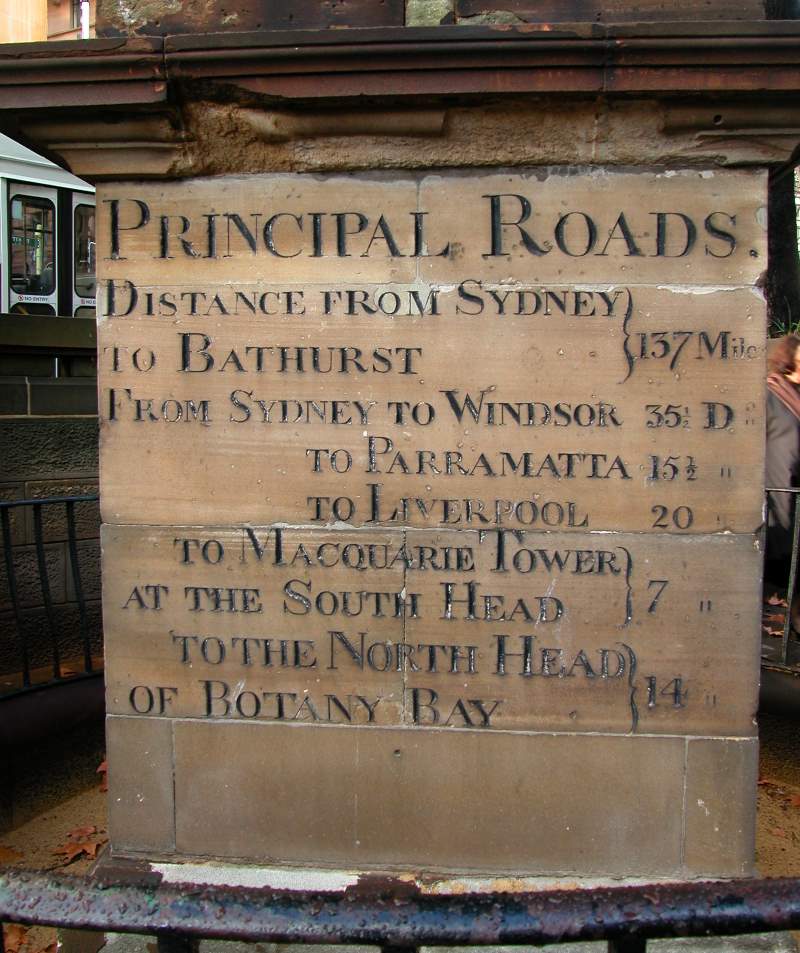 This distance marker, the first in Australia, shows the rapid growth of the early colony of NSW. Naming two of the landmarks in what is now known as part of greater Sydney (Macquarie Tower at South Head and North Head at La Perouse at Botany Bay) and their distances.

Windsor, Parramatta and Liverpool are now also very much part of greater Sydney Australia, having been swallowed up by the growth of what was a small settlement of convicts and their guards in this far-flung part of the British Empire into the world-class city it is today.

The marker is now placed at Macquarie Place Park:

Roads began being constructed in 1788 and a network of three major roads across the colony emerged by the 1820s. The most difficult was the road to Bathurst, the other two were Parramatta and Windsor.

These principal roads, such as the one leading to Bathurst, took its route over the Blue Mountains due West. Bathurst was and still is a main city on the route and was the first inland settlement of the colony. This road is still important:

Established in 1815, it was chosen for its fertile grass plains. It was also the place where Australian gold was first found, beginning the first of the Gold Rushes 1860s that fueled the rapid expansion of the economy and growth of Australia.

Parramatta, now very much the center of Sydney quickly became important as the city’s food basket, with the land being much more fertile there than the land set aside originally for the purpose, now the Royal Botanic Gardens.

Liverpool was established to the South West of the city, to gain access to the rich pastures of the MacQuarie area. 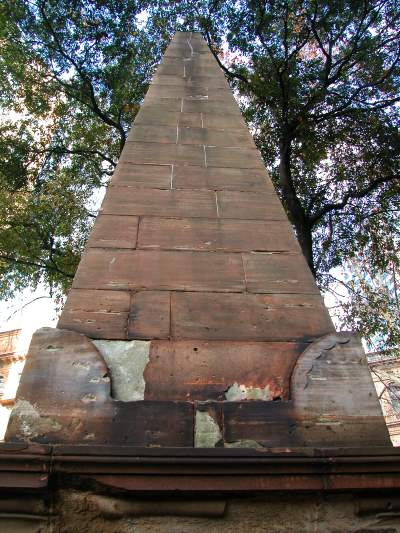