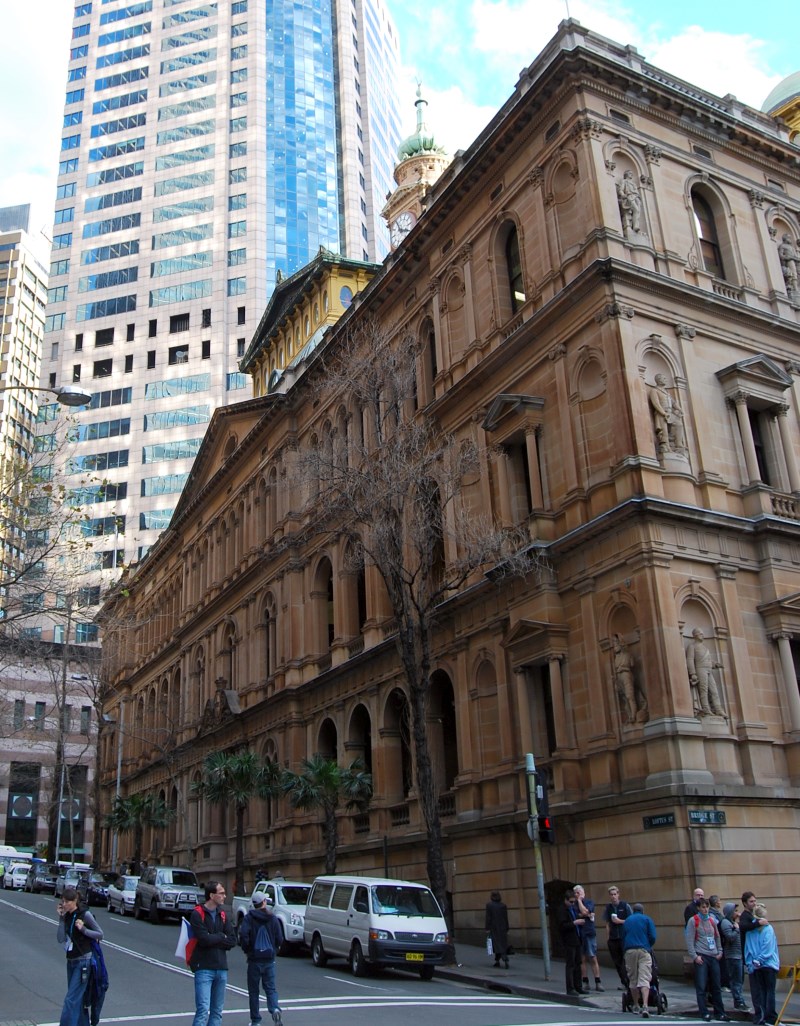 Photos of Buildings in Sydney - Corner of Bridge Street and Loftus Streets. Note the traditional copper roof with its green patina.

The Tank Stream was the main source of water for the early settlement, so named when convicts were made to dig holding tanks in the stream. It still flows today, but under the streets.

This photo shows the old Colonial Government Building and on the right is the Museum of Sydney, situated where the first Government House stood.

Located just across the street is the Macquarie Place Park, where a number of historical artefacts can be seen, including a cannon from the HMS Sirius, the flagship of the First Fleet

History of Sydney and Australia

The Museum of Sydney explores the cultures, places and history of this city, right from the earliest indigenous inhabitants, through to the convict days and to now. They have a great variety of excellent displays that allow you to get close up to the artefacts on display.

Main Photo: The old Colonial Secretary’s Government Building on the Corner of Bridge and Loftus Streets. 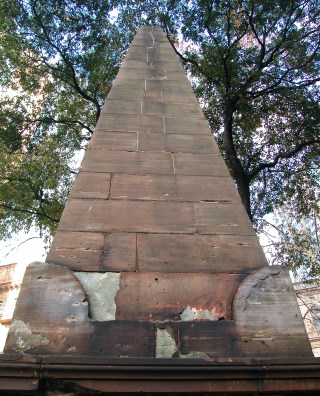