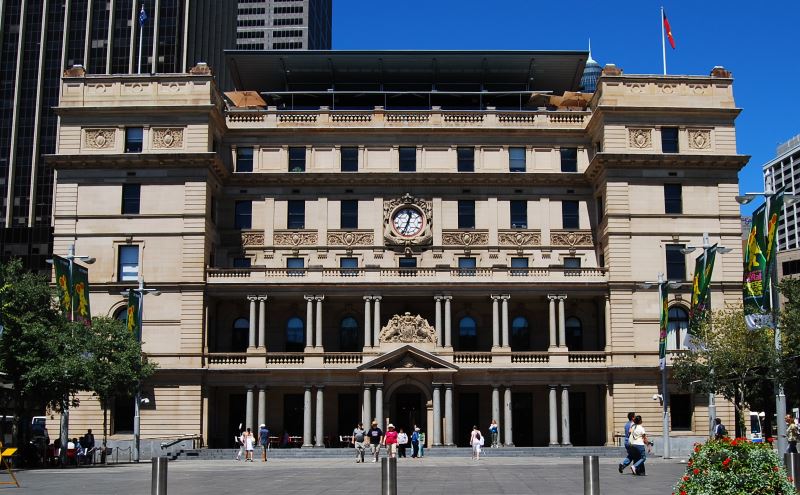 The Customs House is a prominent Sydney landmark building, a building that virtually anyone in business would have visited in the well over a century that it has existed. First opened in 1845, it was constructed from the trademark yellow sandstone found in most of the city’s major buildings, even today.

Serving as the customs house for the many goods and people arriving in Sydney Australia, it served thousands of people every year. It not only collected taxes and import duties, but protected the country from exotic diseases, plants and materials.

Customs House now houses a reading and lending library with newspapers and magazines from all over the world. With over fifty thousand items, your sure to find things that your interested in.

Major newspapers and magazines from all over the world are a feature of the library here. There are also changing displays and exhibits on an ongoing basis.

You can access their Unwired Broadband as well, handy for visitors to Sydney.

Customs House in Sydney Australia is located at the foot of the city central at Circular Quay. The building was originally used as a customs house for the many ships and boats arriving at Sydney, becoming a primary focal point for trade for over 150 years.

Getting to the Customs House is easy. Circular Quay is a major terminus for the city’s transport. The ferries here can get you quickly to such diverse places as Taronga Zoo, Parramatta, Manly Beach and the Sydney Olympic Site. It is also easily accessible by train, bus or taxi.

Located at Circular Quay, a major terminus for buses, trains, taxis and ferries, you can walk to a number of other important places to visit, such as the Sydney Opera House, The Rocks, a restored historical district with a number of heritage attractions and the Contemporary Arts Museum. Also nearby is the Harbour Bridge, you can walk across it for stunning views of the city as well as visit the Pylon Museum.

Places to Visit in NSW

You can find hotels to stay in throughout Sydney - luxury hotels to motels and bed and breakfasts. Hotels available includes a wide range of styles to suit almost any budget. 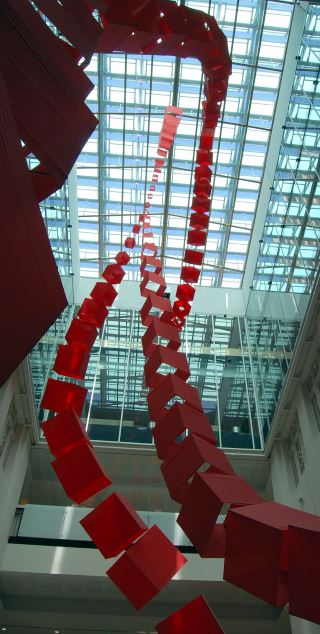 Photo: Implements from the Convicts of the First Fleet