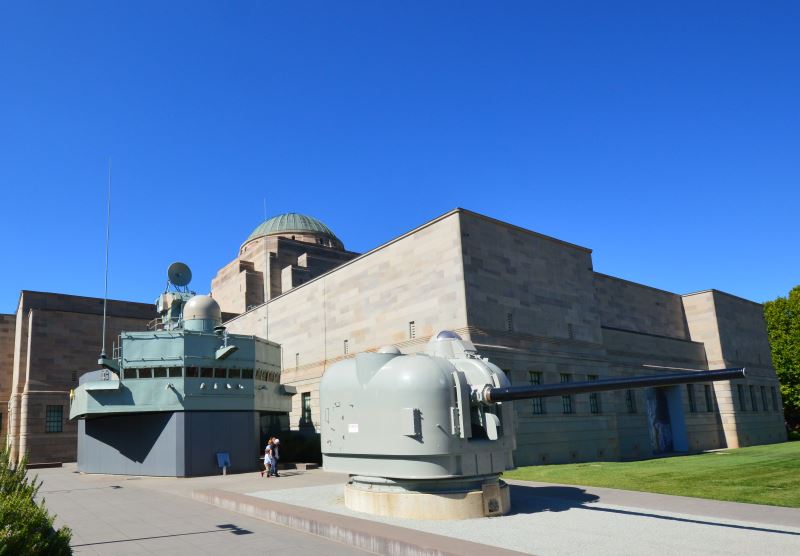 Photo: The Bridge and a 5inch Gun from the HMAS Brisbane at the Australian National Maritime Museum
Previous Fort Denison on the Harbour Next Rum Hospital and the Royal Mint

This world-class museum encompasses not only the museum itself but also a shrine to Australiaés war dead but also a national archive. This is to remember the sacrifices made to keep this country free and the impact that wars have had upon this nation.

The Memorial located here is to commerate those Australians who gave their lives for this country during war.

The archive is there to document and be accessible to Australians who wish to trace their ancestors who have served.

Located at the top of ANZAC Parade Canberra ACT.

Main Photo: The Bridge and a 5inch Gun from the HMAS Brisbane at the Australian National Maritime Museum 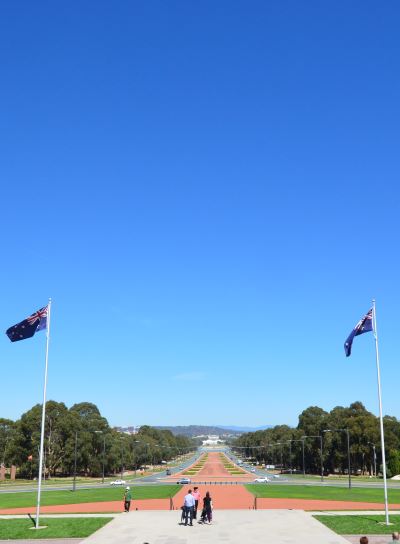 Photo: View of both Parliament Houses, Old and New