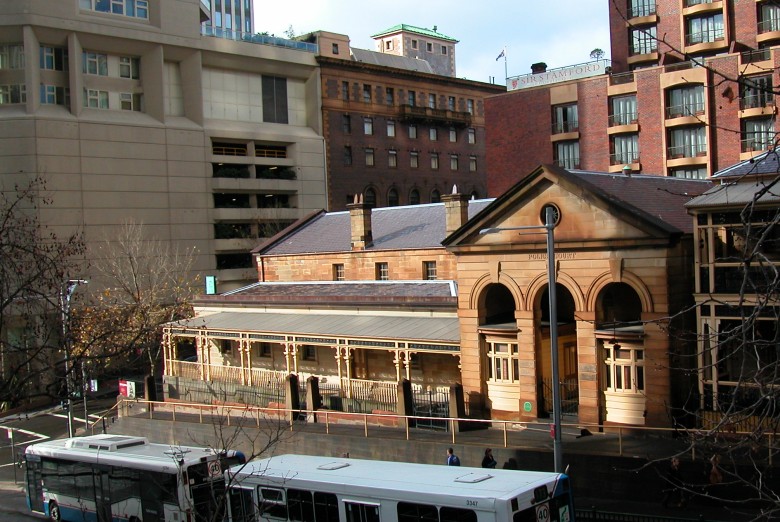 Open on weekends, this museum explores the history of justice in New South Wales. The building once housed the court of the Water Police, as smuggling was an important aspect of early Sydney Australia.

Not much later, it had developed into not only courts, but holding cells and a charge room. Photos, dating back to the time when photos were first used in Australia to record those accused of various crimes, are on display. More than a century of photos, in fact.

The old Water Police Court which now houses a museum dedicated to the social history of law, policing and crime in New South Wales NSW. You can get a close up look at the artefacts of crime and court evidence and a collection of very interesting photos from a bygone age. Mug shots included.

The building was built in the 1850s, taking longer than expected since labour was extremely difficult to find, the Gold Rush saw most workers try to take their chances in the goldfields.

Finished in 1856, designed by the then Colonial Architect, Edmund Blacket, the building was used as a court for the water police. Rum smuggling was still popular. By 1924, the building used for traffic courts, since that (some say) it was much more profitable.

Getting to the Justice and Police Museum is easy. Located at Circular Quay, a major terminus for the city’s transport, easily accessible by train from Sydney train stations and buses that run to Circular Quay along George St and Pitt St. in the Sydney city center.

Map of Sydney City showing the Justice and Police Museum Map of Sydney. Sydney Shopping areas are marked by yellow.

You can find hotels to stay at in the center of Sydney and Surrounds. Sydney hotels available include a wide range of styles to suit almost any budget.

Photo: Circular Quay at the Foot of the City (North)