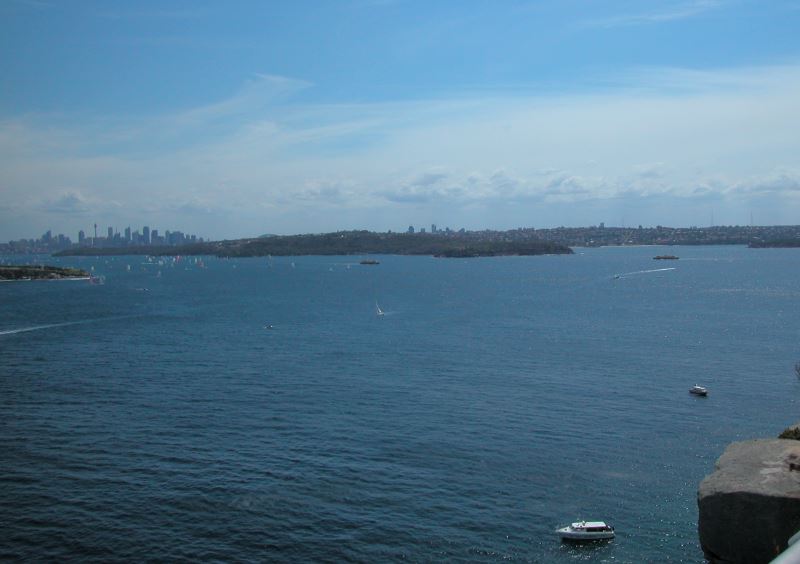 Between North Head and South Head is the outlet to the ocean for Sydney Harbour.

To get to the northern beach suburb of Manly, you can take a bus from Wynyard, or better yet, take the Manly Ferry from Circular Quay, by the Sydney Opera House. This way, you get the stunning views of the harbour that the ferry allows.

Map showing the National Park, the beaches at Manly and including Collins Beach and Shelly Beach:

Now a part of Sydney Harbour National Park, North Head forms the northern part of the mouth to the ocean from Sydney Harbour. Here there are grand views of both the city and the harbour, as well as the ocean (look for whales) and long coastlines.

There are two secluded Sydney Harbour beaches at North Head, the first is Collins Flat Beach, accessible by foot from Little Manly Cove. The second is Store Beach, which is accessible from the water only. Manly itself has a number of beaches, including the ocean Manly Beach and Shelly Beach. See the map.

The Quarantine Station, which you can visit, had been opened to protect people from infectious diseases in the 19th century. Spanish Influenza, Smallpox or Bubonic Plague were just some of the diseases that new arrivals to the continent had brought with them.

There is plenty of history to explore here, the park also protects the native flora and fauna. Accomodation is also available here, at the

Located on North Head in the North Head National Park, you can also get stunning views of the harbour from here. They offer tours on a regular basis, not only of the historic facilities, but Ghost Tours, of those who were not able to survive their sickness after arrival in Australia.

Getting to North Head - Take any ferry or bus to Manly (see Map of Greater Sydney Surrounds). City buses - Buses that that terminate at Wynyard in the Sydney CBD. You can park at North Head.

Main Photo: View towards Sydney City and the Harbour from North Head 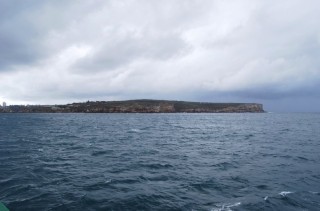 Photo: Sydney Harbour Ocean Outlet, North Head is on the left, South Head on the Right, with Middle Head on the extreme Right