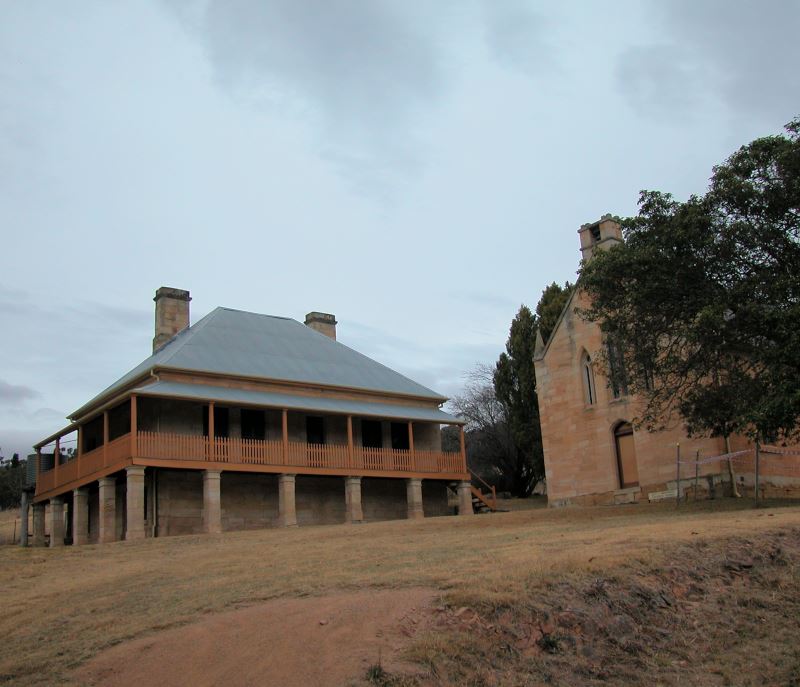 The little village of Hartley in New South Wales was begun in 1830, notably as the first colonial settlement west of the Blue Mountains. Its strategic location was instrumental in the development of the interior of the colony. See Central West of NSW.

Occupying some 12 acres, the village played an important role in the administration of the developing interior of the regions beyond the The Blue Mountains NSW with Map. Here they built a courthouse and other buildings, serving as administrative centre and a place to change horses for the coaches that came through.

It was only after the Great Western Railway was built, which by-passed the village in 1869 that Hartley began to fade in importance. Just further west of here the town of Lithgow began to replace the duties that Hartley served in the surrounding region. In fact, Lithgow boomed, particularly after the discovery of gold, producing the early gold rushes that NSW saw

More about the surrounds of Hartley:

Towns of the Mountains

Photo: The small but beautiful historical village of Hartley, NSW