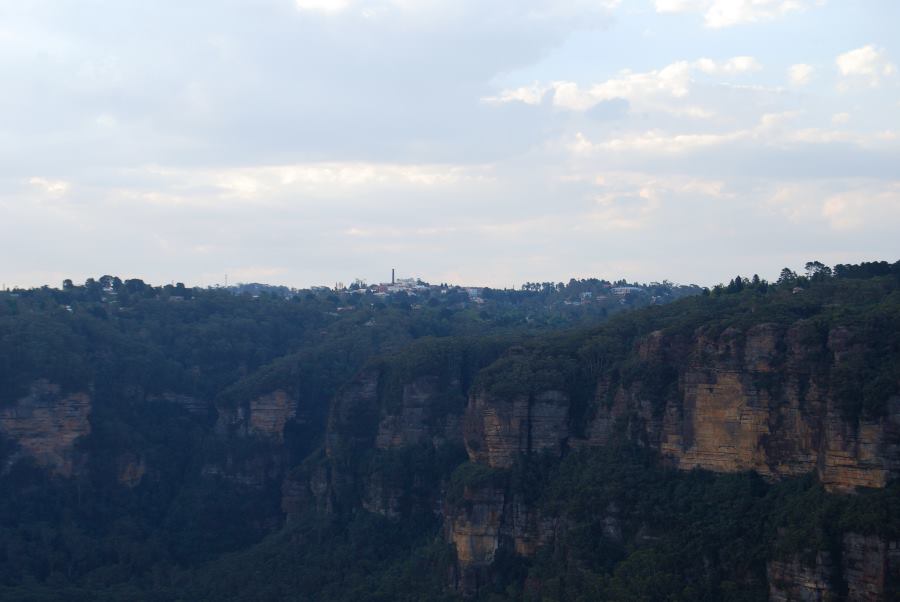 Towns in the Mountains

The first road across the Blue Mountains was built in 1814, towns soon sprang up along the route to service the farmers and miners who needed to bring their produce and finds (including Gold and Silver) to Sydney. Now called the Great Western Highway.

First inns, then hotels and even spa resorts were built near and in them to service them and the many visitors who wanted to experience the mountains for themselves. The cooler climate in summer was a big attraction, as were the views, only a short horse or carriage ride away.

The first road, now the A32 was quite a spectacular feat for its time, much of it built by convicts sent from other parts of the British Empire under the direction of William Cox.

At the foot of the mountains, Penrith and Emu Plains. Further along, starting the climb were Glenbrook, Blaxland, Warrimoo, Faulconbridge, Linden, Woodford, Hazelbrook, Lawson, Bullaburra, Wentworth Falls, Leura and Katoomba. Near the highest points are Medlow Bath, Blackheath and Mount Victoria.

Katoomba is a historical town located along the Great Western Highway in the Blue Mountains. A great place to base yourself to explore these splendiferous blue tinged mountains:

Highest point on the Blue Mountains and also the most westerly on the Great Western Highway is Mt Victoria, NSW.

Historical Hartley Village, located at the foot of the mountains on the west side, has a collection of buildings dating back to the early 1800s:

Main Photo: Town of Katoomba above the Sandstone Ridges