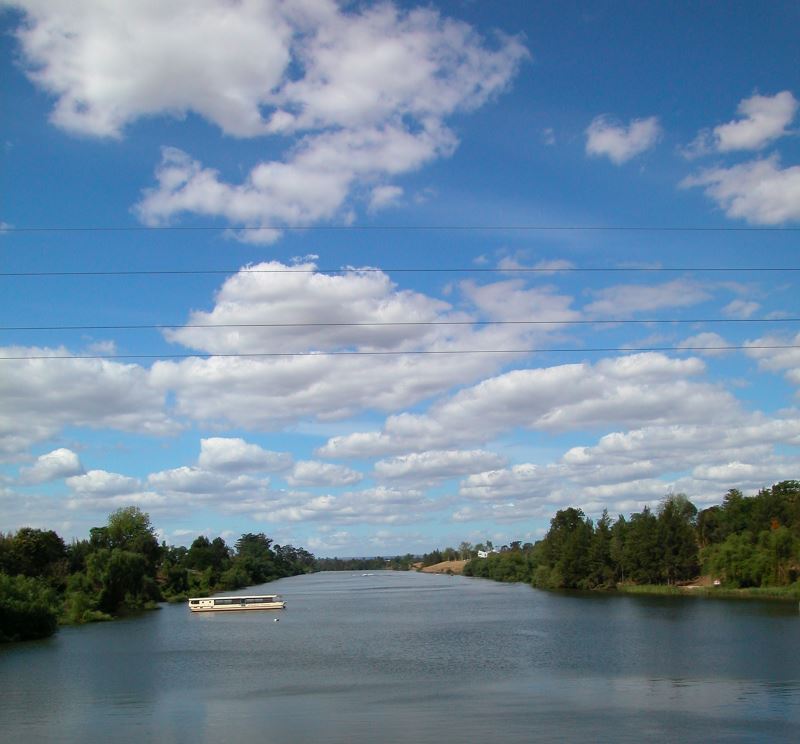 Photo: The Hawkesbury River, which flows into the ocean in the north of Sydney
Previous Hawkesbury Valley Next Blue Mountains

Located just an hours drive from Sydney, the Hawkesbury Valley has not only historic villages and towns but beautiful scenery. Home to artists and craftsmen of all types you will find plenty of opportunities to shop for handmade goods, as well as the freshest of locally grown produce, including fine wines.

The historic towns of Windsor NSW and Richmond as well as the smaller villages of Ebenezer, Lower Portland, Pitt-Town and Colo provide the backdrop to this scenic vally.

Dural’s Historic Roughly House. This property belonged to the same family from 1856 to 2002. The first members of the family arrived in 1817 (Joseph Roughley and son James). Now a museum, tours are available of this house and the surrounding property.

Bordering the Hawkesbury are the stunning national parks of Wollemi, the Greater Blue Mountains World Heritage Area, Scheyville National Park, Cattai National Park, Yengo National Park as well as a number of reserves. They all have walks that you can enjoy, taking in the natural surroundings and stunning scenery of the mountains, valleys and waterways.

Walks in the Blue Mountains, NSW

At the foot of the Blue Mountains, Richmond was an important farming area for the early Colony of NSW. Farming took place here as early as 1794, and by 1799, it was producing most of the wheat of the colony.

Windsor is actually the third oldest colonial settlement in Australia, the first settlers arriving about 1791. In 1810, Governor Lachlan Macquarie declared Windsor a town, named after Windsor-on-the-Thames in England.

Check the Weather for the Hawkesbury Valley:

Main Photo: The Hawkesbury River, which flows into the ocean in the north of Sydney