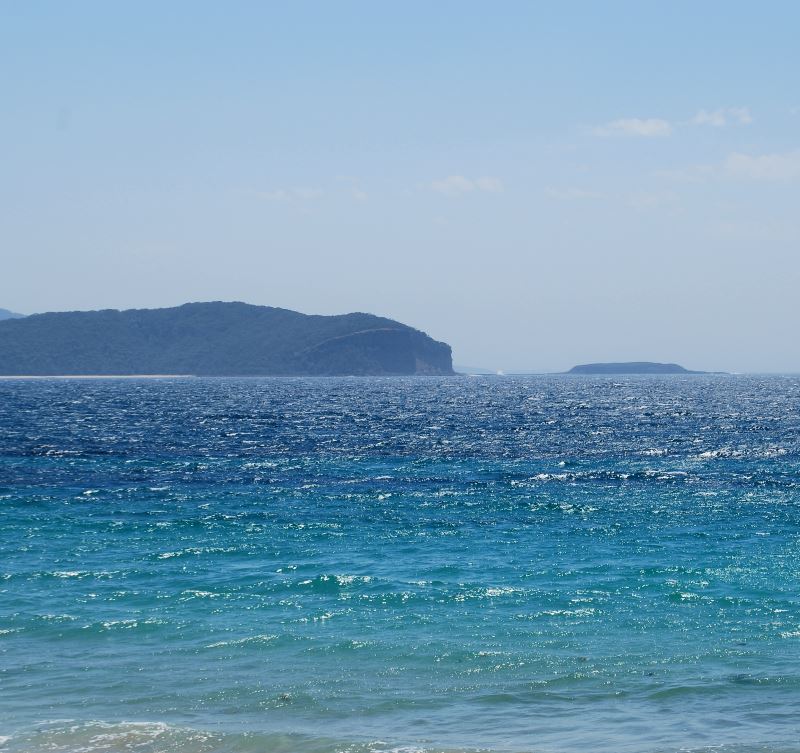 Batemans Marine Park: Extending from Ulladulla (Murramarang Beach near Bawley Point) to Wallaga, this marine park is designed to protect the marine biodiversity within this region off the coast of New South Wales. It runs along the coast for some 850 square kilometres and includes offshore islands such as Montague Island and Brush Island.

Montague Island, also known as Baranguba is a prominent feature seen offshore and within the park. Known as a breeding ground for tens of thousands of birds and a nesting site for Australia’s only native penguin, the ‘Little Penguin’.

Within the park and along the foreshore, there are plenty of things to do to keep one active. Stunning pristine beaches, national parks such as Murramarang to explore, recreational fishing in the designated areas, SCUBA diving and snorkelling and dolphin and whale watching are just some of the main activities here. Native animals abound in the parks as well, as does birdlife only found in Australia.

The rocky shores and the reefs here are home to all sorts of species of fish and other sealife, some of it only found here. New Zealand fur seals are also known to visit Montegue Island as well as Australian Fur Seals!

You can also enquire at the Batemans Bay Tourist Information Centre for more about exploring the Shoalhaven region and the Batemans Marine Park. Cnr. Princes Highway and Beach Rd., Batemans Bay NSW 2541. Phone 1800 802 528.

Enquire at the Shoalhaven Visitor Information Centre for information on Batemans Marine Park. They can also tell you more about the places to visit and things to do, here and throughout the Shoalhaven Coast. Address Princes Highway, Ulladulla Civic Centre, NSW 2539 Phone +061 2 4455 1269, just opposite Ulladulla harbour.

The South Coast of NSW consists of three tourism regions: Eurobodalla, Shoalhaven and the Sapphire Coast.

Main Photo: A small view of the waters of Batemans Marine Park, NSW