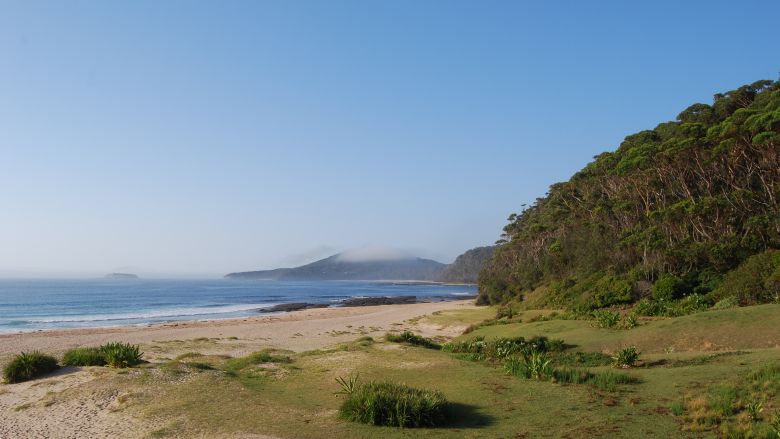 Photo: Pebbly Beach at Murramarang - One of the many stunning beaches found on the South Coast.
Previous South Coast Beaches, Places and Surrounds Shoalhaven Next Narrawallee Beach

This scenic beach is at the Murramarang National Park and makes for a nice getaway for the whole family. Popular with snorkellers, divers, fishers as well as swimmers. Even kangaroos visit this beach. Other beaches popular with kangaroos are South Durras, on the southern end of the park and Pambula Beach on the far South Coast.

South Coast Beaches often have crystal white sands but others vary in colour from golden to somewhat coarse reddish sands. You can camp at some of them, Murramarang National Park, for example, has campsites at Pretty Beach, Pebbly Beach and Depot Beach.

Due to the relatively undeveloped part of this the Australia NSW Coast, a number of beaches here are not patrolled by lifesavers. Always check to see if they are and when. Unless your an experienced surfer or diver, it is much safer to swim at patrolled beaches due to unexpected rips and undertows.

Main Photo: Pebbly Beach at Murramarang - One of the many stunning beaches found on the South Coast.