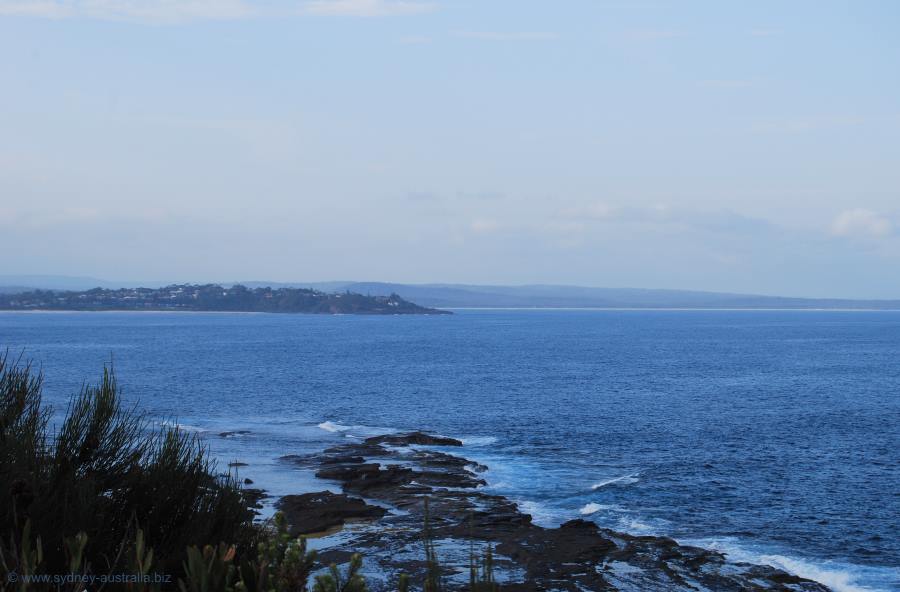 The fishing town of Ulladulla has developed into a pleasant tourist resort, where you can still get the freshest of fish served at the local restaurants, made just the way you like it.

Those who love to fish will love the South Coast, Ulladulla is a good place to base yourself as not only are there ample opportunities to fish off the rocks or beaches, you can also go to the freshwater lakes and waterways for variety.

There are also Ulladulla Fishing Charters available here. With them, you can go deep sea or fishing the reefs located both near and far in comfort without all the hard work trying to find where to go and when.

The white sandy beaches of this part of Shoalhaven are inviting with clear waters on most days. Surfers will love the nearby beach of Mollymook, families can enjoy more peaceful waters at Narrawallee Beach.

There is also an enjoyable coastal walk at Warden Head (where the photo was taken), taking in views of the long coastline. Offshore, you may even spot whales in their season and sea eagles on the hunt.

The coastal town of Ulladulla itself serves as the commercial centre for this part of Shoalhaven. Its port, now developed as a safe harbour, has served the region and its fishing fleets for a long time.

Ulladulla is noted for its seafood, delivered fresh in the morning straight from the fishing boats.

With a distinct Italian flavour, the annual Blessing of the Fleet Ceremony sees the fishing boats colourfully decorated with a fireworks display in the evening. There are other festivals during the year, celebrating the area’s produce, history and lifestyle.

There is an interesting and growing collection of restaurants in Ulladulla but also Milton and nearby Mollymook. Bistro, Italian, Chinese, Thai are on offer, as well as contemporary cuisine along with 5 Star Dining.

The seafood here is fressssh.With an interesting collection of restaurants and pubs, the fresh seafood straight from the fishing boats make it worth trying either the fish and chips at the Ulladulla shops, the wharf or one of their seafood restaurants.

Looking north, photo was taken from Warden Head in Ulladulla. Note the exposed ancient black lava flows below, revealed by the many layers of sandstone weathering away. You can see the long beaches of Narrawallee Reserve in the distance, behind Bannisters Point in the centre of the photo.

Touring between Melbourne and Sydney

Surfing, fishing and golf, along with the many national parks here make it a popular stopoff for those touring between Melbourne and Sydney, on the East Coast of Australia route.

From Ulladulla, it is approximately 2 hours drive to Canberra, about 3 hours drive north to Sydney with Melbourne about 9 hours.

Enquire at the Shoalhaven Visitor Information Centre for information on Ulladulla and surrounds. They can also tell you more about the many sites of Aboriginal cultural significance here and throughout the Shoalhaven Coast. Address Princes Highway, Ulladulla Civic Centre, NSW 2539 Phone +061 2 4455 1269, just opposite the harbour.

Main Photo: On the South Coast of NSW: Ulladulla, Shoalhaven