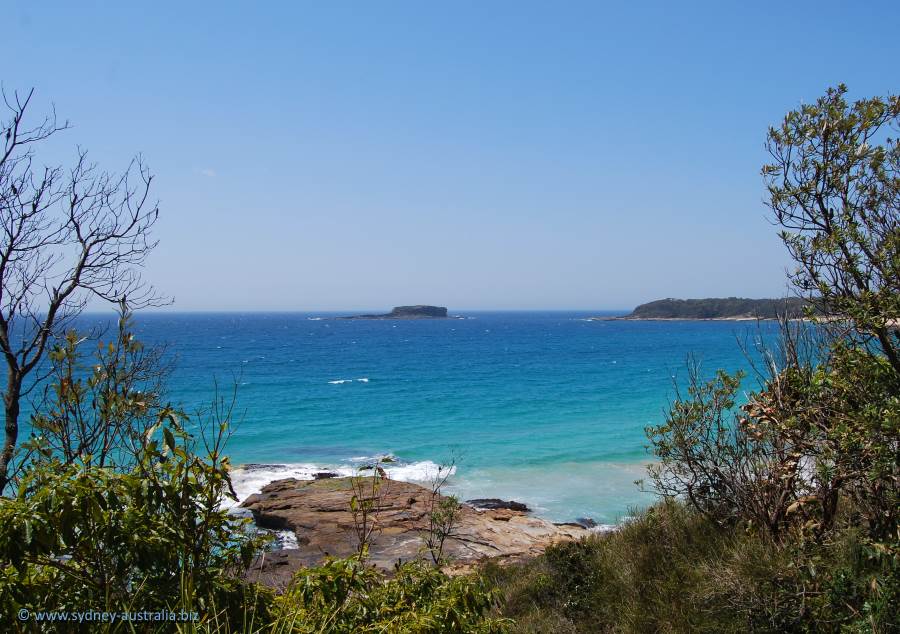 Map shows location of Durras Lake on the coast of the Shoalhaven region: South Coast Map.

Near Durras Lake, not far offshore from Murramarang National Park is Wasp Island. One of a number of islands on the South Coast of NSW, the island provides great fishing opportunities as do the others.

Known for fishing opportunities, there is a pod of dolphins often visiting the waters here, to the delight of families. Great news for fishers, as dolphins know and love their fish too.

Snapper, whiting, salmon, tailor and rock blackfish are just some of the species found here. When the Tasman Sea waters are rough, check out the nearby lakes of Burrill, Durras, Conjola, St Georges Basin and Wallaga.

There are a number of islands off the South Coast of NSW that are protected. At the Murramarang National Park there are others beside Wasp Island, including Dawsons Island, Grasshopper Island, Belowla Island Nature Reserve, Brush Island Nature Reserve and O’Hara Island. Wasp Island is located near South Durras NSW. More about the South Coast Islands.

Murramarang NP covers almost 12,000 hectares of native bushland. Extending in the south from Batemans Bay to Kioloa and the Murramarang Aboriginal Area in the north, there are pristine beaches, some camping and plenty of walking tracks to explore.

Kangaroos and wallabies visit the beaches here as they have for many of millions of years, usually early in the morning or at dusk as they are nocturnal.

Just opposite the island in the park is a delightful picnic area.

Kangaroos evolved their ability to hop on their hind legs some 15 million years ago when the weather patterns in Australia changed, allowing the vast grassfields found in Australia today to flourish. New Guinea, on the north edge of the Australia continental plate, was pushed against the south west part of the Pacific plate, forming the Highlands of New Guinea. This caused a rain shadow effect, drying out the interiors of the Australian continent.

Wallabies are animals that are not really physically different from kangaroos, other than when reaching adulthood, they are smaller than other kangaroo species.

Macropodids is the scientific term for the kangaroo family, it includes wallabies and the small rat kangaroos. Others members of the Macropodidae include wallaroos, hare-wallabies, rock-wallabies and the ever cute quokka and the long nosed potoroo.

Macropodids can be found throughout most parts of mainland Australia and offshore islands including of course Tasmania and places like Kangaroo Island - no surprise there. The name is derived from the Greek word, Macropod, meaning large footed.

Members of this family of animals, of which there are 47, can also be found as far as Papua New Guinea. Like the camel, they are extremely good at conserving water. The Macropodidae family belongs to the Marsupials - animals which carry their young in pouches. See the Pebbly Beach Kangaroo.

Enquire at the Shoalhaven Visitor Information Centre for information on Murramarang National Park. They can also tell you more about the many sites of Aboriginal cultural significance here and throughout the Shoalhaven Coast. Address Princes Highway, Ulladulla Civic Centre, NSW 2539 Phone +061 2 4455 1269, just opposite Ulladulla harbour.