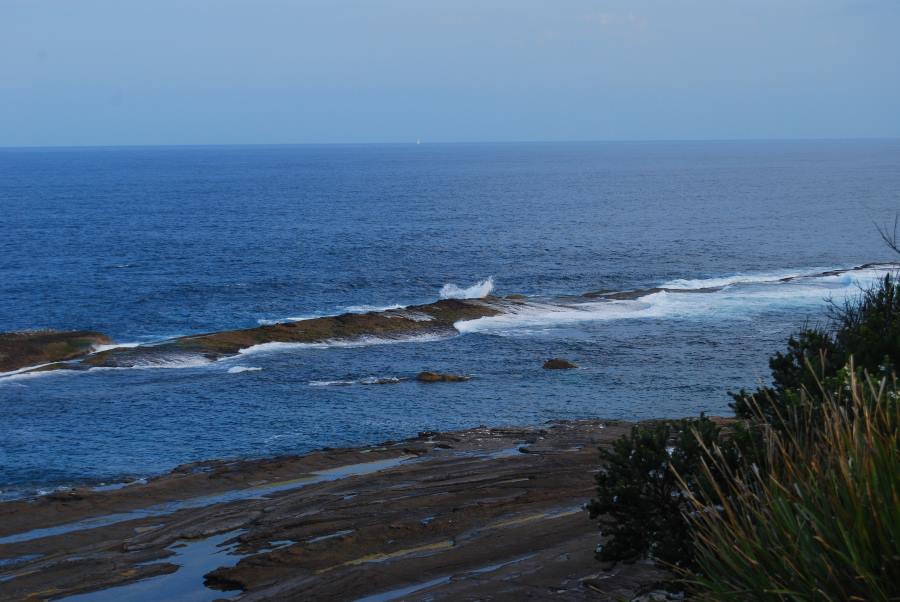 Many headlands and offshore islands off the South Coast of NSW had been protected from the elements of weather, wind and waves by layers of ancient lava flows. Being a much harder form of rock than sandstone, the basalt takes much longer to wear away.

As the east coast of the continent of Australia drifted northwards over many millions of years over a volcanic hotspot, it formed a chain of volcanoes stretching northwards from the south of east Victoria all the way to the north east of Queensland.

The Glasshouse Mountains in Queensland and other volcanoes even further north are also part of thod same volcanic activity.

Much of the surface of Australia is a sandy soil, below it, layers of sedimentary sandstone and limestone. The limestone comes from deep ocean deposits of the remains of marine life such as sea shells that lived millions of years earlier than the volcanic activity.

Main Photo: Over the millenia, layers of lava and sandstone still influence the coastline and protect offshore islands