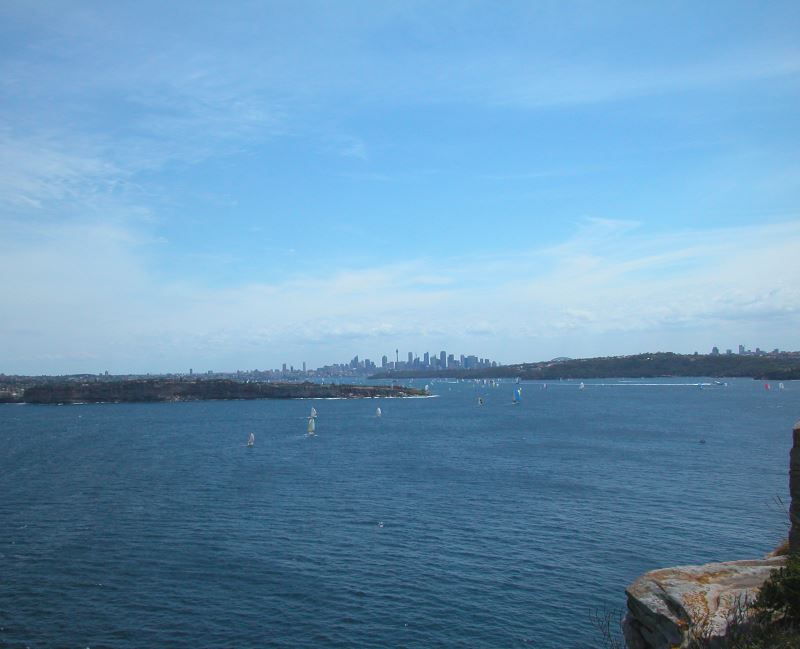 Part of the network of parks and reserves that dot Sydney Harbour, the north and south heads of the gap to the ocean from the harbour are called North and South Heads. South Head is just north of Bondi Beach, while North Head is at the south end of Manly.

Both are spectacular to visit, with dramatic views of both the ocean and the harbour. Ships, boats and other watercraft often use this gap, while whales and dolphin pods can often be seen offshore during their season.

Sydney Harbour National Park, protects most of the foreshore, islands, beaches and extensive greenery that you can still see around the harbour, whether you are visiting by cruiseship, boat, ferry or even just touring by car or bus along the shoreline. There are some great beaches to visit here as well, see:

Those keen on exploring will probably want to visit some of the old forts that once protected the harbour from wannabee attackers, although only three Japanese midget submarines managed to make it this far during World War II. They failed to achieve any significant damage, only sinking an old converted ferry that was being used for accommodation:

There is an interesting walk from the north of Bondi Beach that take you past dramatic views, historical places and then to South Head, where you can view the harbour’s entrance. Great views of the city and suburbs are to be had here as well.

Heritage Trail: At South Head there is the Heritage Trail, which takes you over a cobblestone road to the viewing platform, past historical gun emplacements, some with their 18th century guns still in place.

The beaches in Sydney are divided essentially into the southern and east beaches on one side of Sydney Harbour with the Northern beaches further north. Divided by Sydney Harbour, the outlet to the ocean is seen here, marked by North Head and Manly on the other side of the divide, with the photo taken from the Gap at South Head.

Manly can be seen at the foot of North Head on the left of the photo.

For an enjoyable day out, a ferry ride across Sydney Harbour will take you to Manly from the city centre at Circular Quay. More about Manly Beach Sydney.

Photo: Sydney Harbour Heads. The South and North Sydney beaches are divided by the harbour. The photo shows North Head and Manly as seen from the South Headland