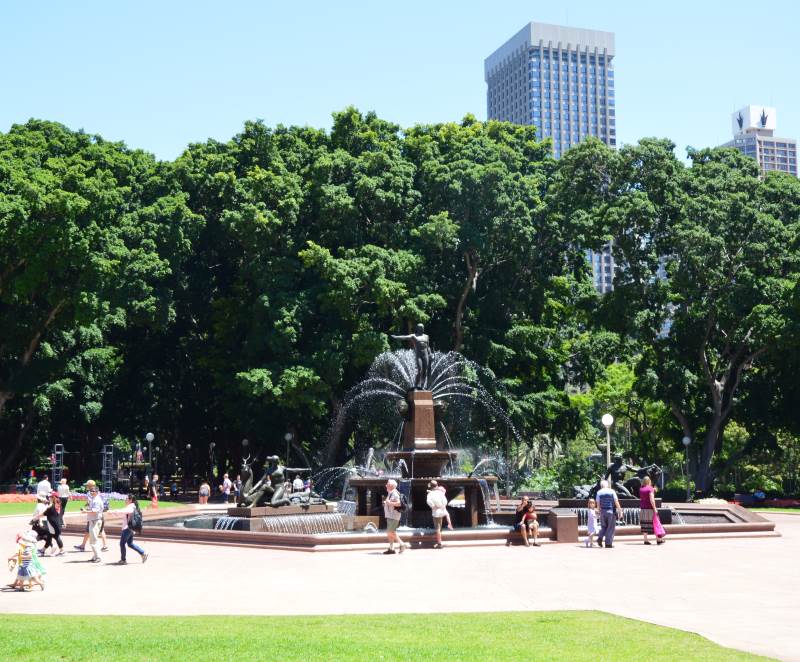 Located in a prominent place in Sydney Australia’s Hyde Park, the J. F. Archibald Memorial Fountain was created by the French sculptor François-Léon Sicard. The funding was contributed by J. F. Archibald, an Australian journalist and publisher.

Publishing, first in conjunction with others, then becoming sole owner of the Bulletin, a prominent media title dedicated to poetry, satire and short-stories.

The park, just west of the Sydney CBD is a focal point of the city and has been so since the beginning. Initially used as a racecourse, the first in the city, it became the first Australian Cricket Ground as well. Governor Macquarie opened the park in 1810, when the colony was still quite young.

Popular with City office workers and visitors who wish a lunch in the park. Besides Archibald Fountain, you can also visit the ANZAC War Memorial and the Sandringham Gardens, while at the Nagoya Gardens, play chess with a giant set.