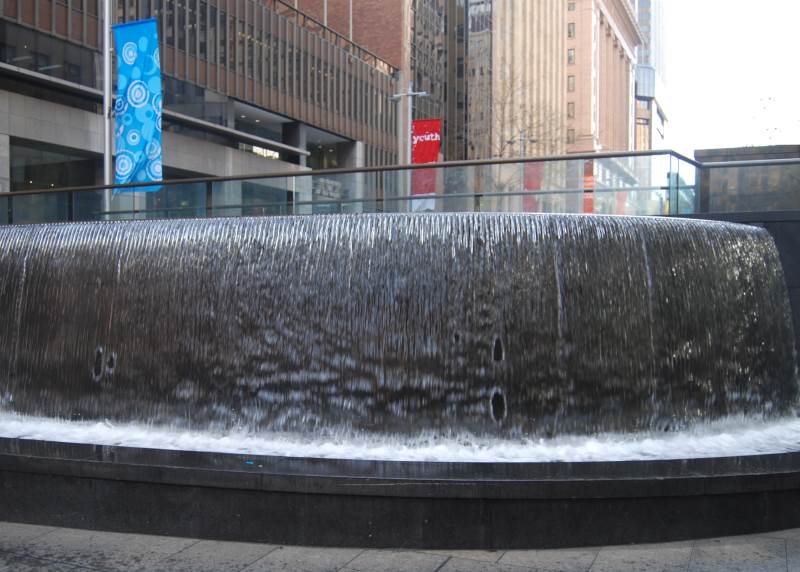 Located in the Sydney central business district, Martin Place is now an inner city pedestrian mall, you can see a variety of architectural styles here, including Romanesque, Neoclassical, Art Deco, Post-Modern, Modernist (Harry Seidler) and others.

Major Australian Banks have their home here. They include the Commonwealth Bank (CBA) Westpac and the Macquarie Bank. Last but not least is the Reserve Bank of Australia.

The most important monument on Martin Place is the Cenotaph, commemorating the ANZACS. A dawn service, along with others all around the country is held here every 25th April.

This monument is in honour of those that had given their lives. It is an empty tomb, hence the name Cenotaph, which is to represent those who are buried elsewhere.

Enscribed with the words “To Our Glorious Dead,” Martin Place is associated with the memories of conflicts Australia was involved in over the years. Many soldiers had enlisted here in front of the General Post Office as well.

At the junction of Pitt St and Martin Place is a fountain, designed by Lloyd Rees. Behind it is an amphitheatre.

The fountain, incidentally, was a background in two of the Matrix films, as well as the film Superman.

Previously occupied until 1996 by the Sydney General Post Office, 1 Martin Place is now occupied by the Westin Hotel, while just behind it is a contemporary office building. There are also retail shops. 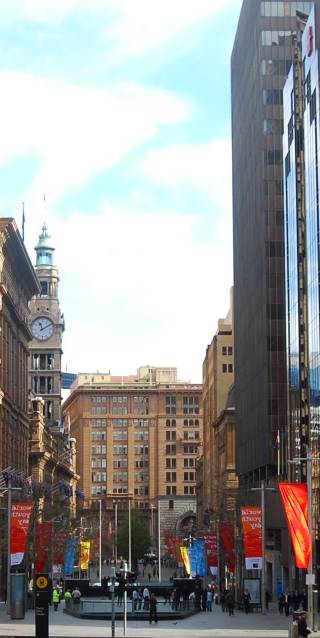