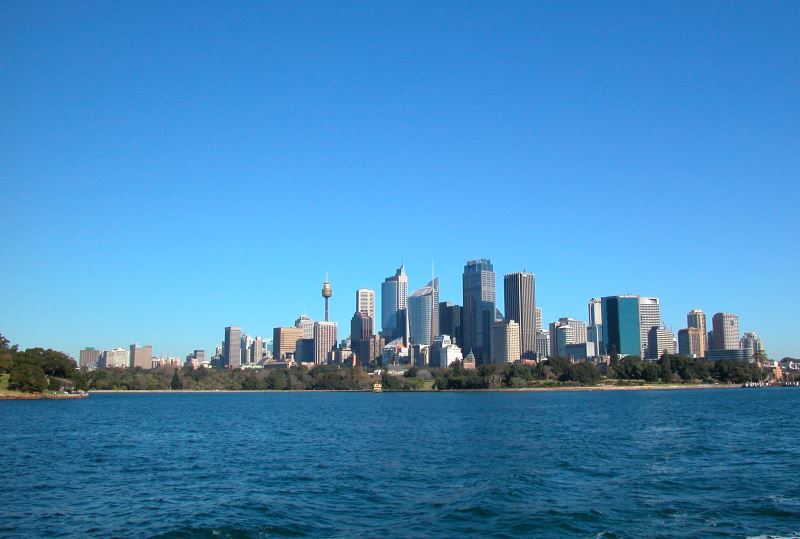 Photo: Farm Cove and the Royal Botanic Garden as seen from Sydney Harbour, with the City in the Background
Previous Parks in Sydney Australia Next Sydney Square and Town Hall

As the first and oldest botanic garden in Australia, the Royal Botanic Garden has been a center of research and plants, not only from here, but the South Pacific and the world as well. Rare and exotic plants can be seen here on the shores of Sydney Harbour.

Established in 1816, there are well over 45,000 plants in the gardens at the Royal Botanic Gardens & Domain. It even has specimens originally collected by Joseph Banks in 1770. Prior to this, the land had been used by Aboriginals native to the region, the Cadigal, for initiation ceremonies.

At the site where the garden is now, a farm was established to try and raise crops for the fledgling settlement in 1788. They actually managed to harvest an early crop of grain that year. The first governor (Phillip) had established this land as part of Crown land, yet not much later, some small farms were allowed here, run by free settlers.

The early Governor of New South Wales, William Bligh (of the Mutiny on the Bounty) later tried to remove these farms, which led to the Rum Rebellion in which he was ousted.

Much more fertile grounds were later found in Parramatta and food farming activities were moved there.

The land around Farm Cove was claimed by the next governor, MacQuarie, and established as part of the governor’s domain of land that surrounded Government House. A garden was established, a road and walls were set up to keep out the licentious idle while more respected Sydneysiders were allowed access.

When the road was finished in 1816, the workers were rewarded with rum. Today, this is recognised as the Foundation Day for the botanic garden. That same year, Colonial Botanist Allan Cunningham was appointed.

Easy accessible from the city at Macquarie Street or from just behind the Sydney Opera House. See the map for more information (link above).

With views of Sydney Harbour, the Royal Botanic Gardens in Sydney has exotic plants from Australia and from around the world. Established in the early colony of New South Wales (NSW) to research food plants that could be grown to feed the new settlement at Sydney Cove.

Every Sunday afternoon at 2:30, families can enjoy special performances on various topics, including art appreciation, dance and storytelling. During school holidays, the museum schedules storytelling and performances, often in mime or Aboriginal dance, for children aged 6-12. Children can also participate in occasional hands-on art workshops.

Main Photo: Farm Cove and the Royal Botanic Garden as seen from Sydney Harbour, with the City in the Background 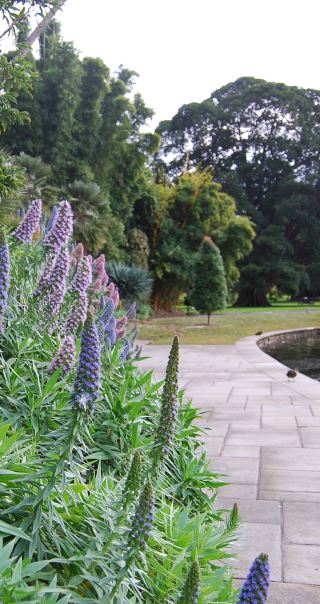