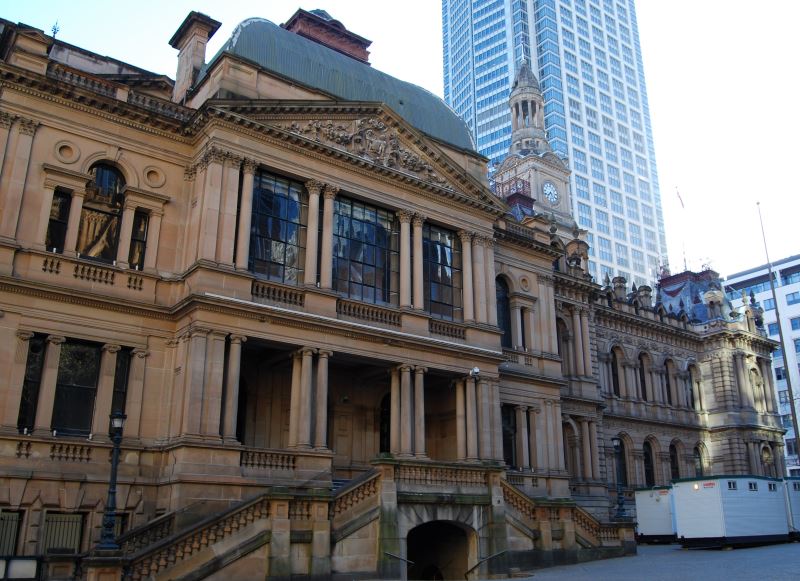 Sydney Square as it is called, is also known as Sydney Town Hall Square. The clock tower in the center of the picture had been the second tallest landmark in Sydney for a quite a long time.

It was officially opened on the 23rd of September, 1976, by Alderman Leo Port MBE, the Lord Mayor of the time and also attended by the Archbishop of Sydney, as the cathedral occupies the opposite side of the square from Town Hall.

Just below the square is Sydney Town Hall Train Station.

This area was once occupied by the first graveyard in old Sydney Town till the bodies were re-interred at the Newtown Graveyard. It appears the removal, however, was not as complete as claimed, when the square was upgraded to what it is now, a number of bones were still found.

What is interesting is that at the time of writing this square is not even mentioned in Wikipedia. There are, however, occasional events held here.

You can find out more about the events held here throughout the year:

Main Photo: Sydney Town Hall as seen from the Square 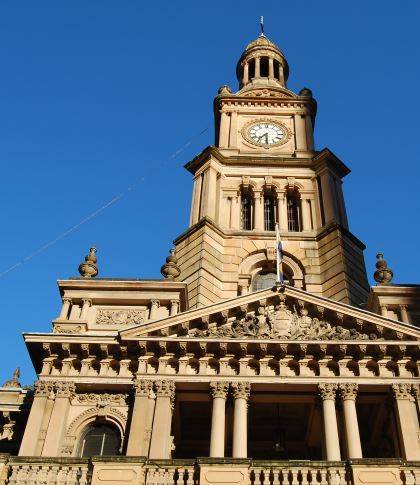