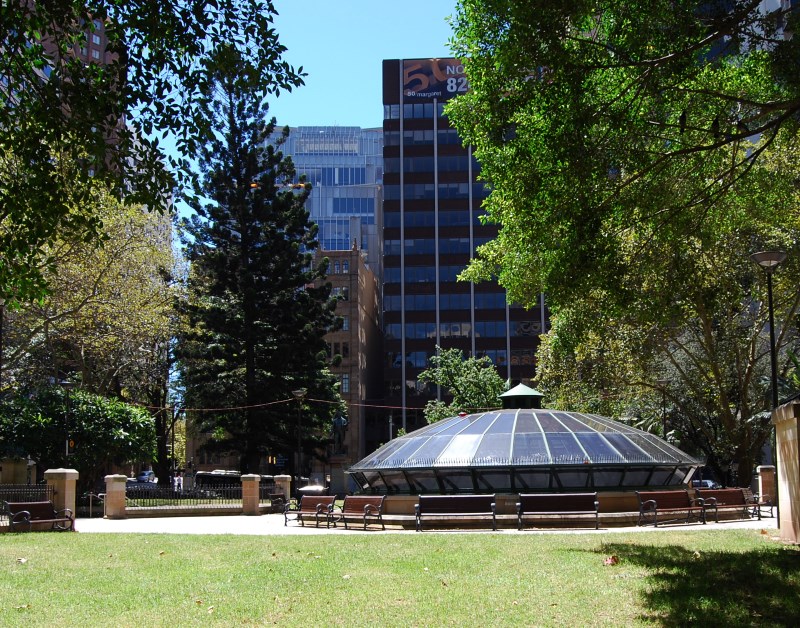 Wynyard Park, one of the oldest parks in Sydney is also one of the busiest. Now surrounded by hi-rise office blocks while there is a major train station below, people come here to eat their lunch, relax or doing the rush hours, walk through to get to the Wynyard Train Station.

You can see the AWA radio tower from there, once the highest structure in Sydney for many years. Now popular for lunch with office workers in the city, it also has entrances under the glass dome to Wynyard Train Station. Buses to parts north of Sydney including the Northern Beach suburbs of Sydney terminate here as well, making it a major transport hub during rush hours.

Wynyard Train Station has services that run on a regular basis to the airport as well as Central, Museum, St James, Circular Quay and Town Hall. They connect with services from the north of the city, across the Sydney Harbour Bridge.

This small park was originally part of the Soldier’s Parade Ground and Barracks. These barracks were used by the guards of the many convicts that arrived in Sydney from the time of the First Fleet till 1840, when the transport of convicts to the Australian colonies ceased.

See 1855 map of Sydney - Wynyard Square, although already a triangle shape is near the center of the map: 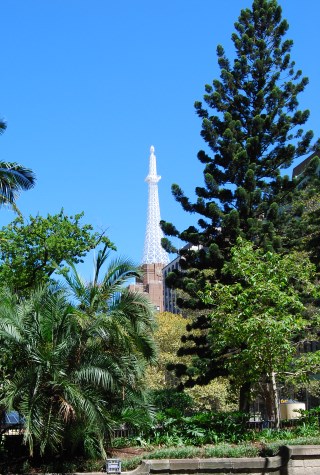