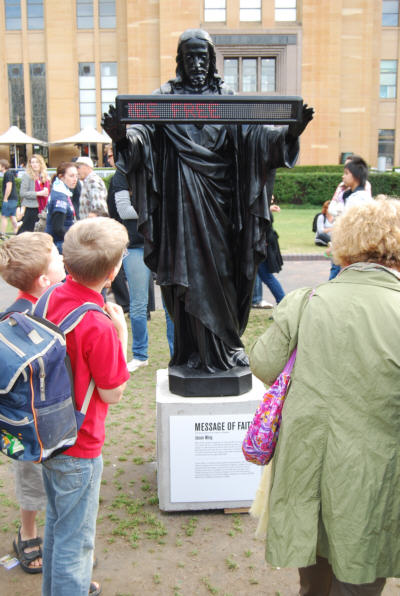 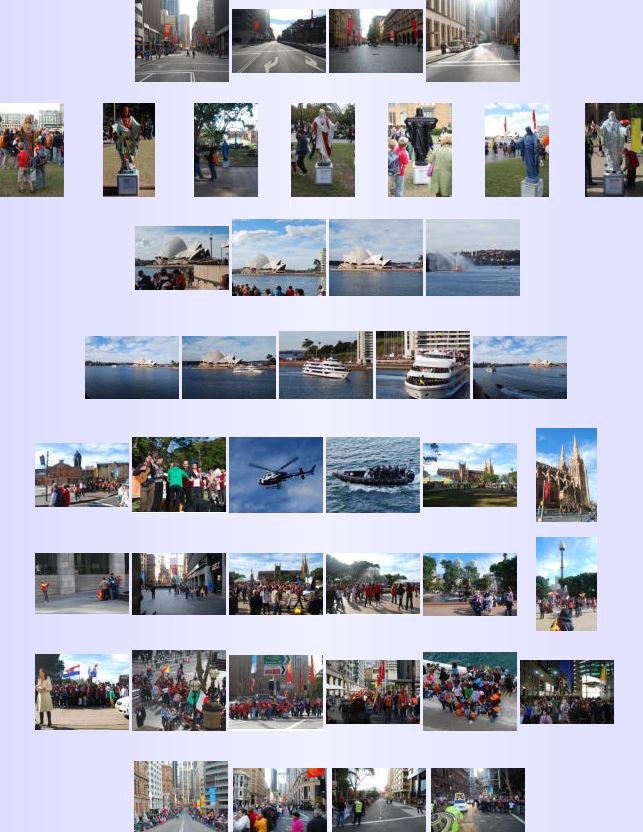 Message of Faith - Statues at the Sydney WYD

Jason Wing is a Sydney based painter and graduate of the Sydney College of the Arts and Sydney Graphics College. Wing has shown in galleries in Australia and overseas since 2006, including the 4A Gallery, Sydney and the Boomalli Gallery, Leichhardt. Wing won the Off the Wall competition in Sydney (2006), Melbourne (2008) and Brisbane (2008). Many more works have been achieved by this accomplished artist.