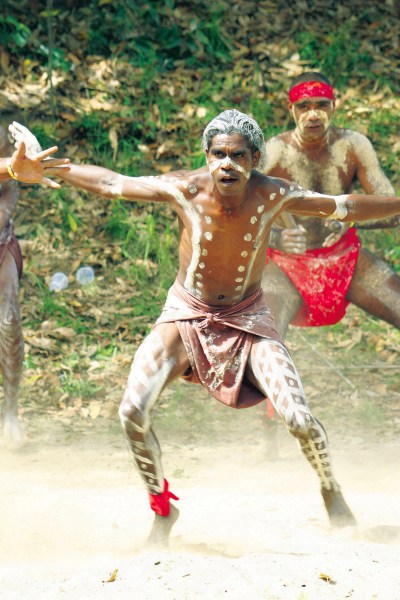 Photo: One of the unique and hidden treasures of Australia, Aboriginal Culture.
Previous Central Australia Next Kangaroos Australia

Aboriginal culture in Australia has survived the many thousands of years, despite the impact of deep climate change such as brought by ice ages, western colonisation and the massive immigration growth over the last century.

Nomadic hunter gatherers, the first Aborigines arrived more than 60,000 years ago and spread across the Australia continent, crossing the Tasman Sea to arrive in Tasmania more than 35,000 years ago.

Music, dance and storytelling of the Dreamtime (the creation of the world) as well as painting and sculpture, played an important part in the daily life of Aborigines and reflect Aboriginal culture. The most important aspects of life were taught to children and young people this way, from how to live with others to how to survive from an early age as possible.

Modern expressions of this ancient culture also exist, in the arts there are contemporary dance troupes and the didgeridoo has been featured in everything from classical music to modern dance electronica.

Aboriginal painting and sculpture continues to thrive, art collectors from around the world value the many fine examples of traditional and contemporary artworks from Australia.

Indigenous experiences can be found throughout Australia, not only in the tribal areas but in and around every major city and tourist places. Not only for culture lovers, but for everyone of all ages as there are as many types of tours and experiences available, including those exploring indigenous spices, medicinal herbs and foods. You can even learn to play a didgeridoo or make and throw a boomerang.

Main Photo: One of the unique and hidden treasures of Australia, Aboriginal Culture. 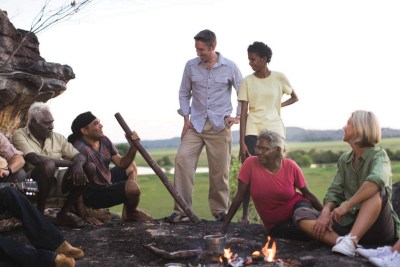 Photo: Indigenous experiences can be found throughout Australia