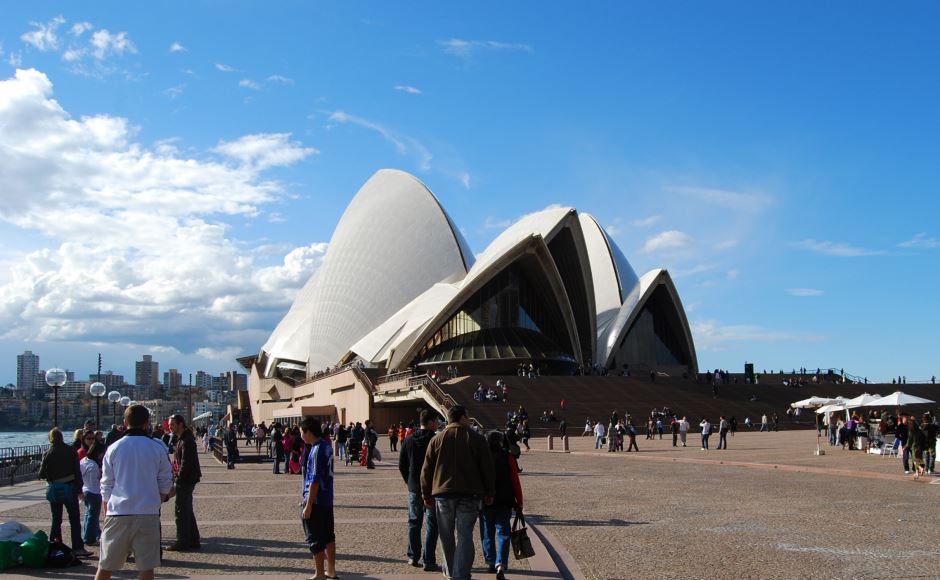 The buildings and other important heritage places to visit in Sydney include designs from well known Australian architects such as Francis Greenway to world famous ones such as Jorn Utzøn, who designed the Sydney Opera House.

Heritage buildings in the city and inner suburbs were replaced by large impressive Victorian designs as the colony of New South Wales grew, reflecting the wealth that sheep, cattle, wheat and not much later, gold, brought.

The first half of the 20th century saw large influxes of migrants from diverse places such as Greece, Italy and other European countries, while the latter part, people from the Mid East, Asia and the Americas brought even more.

Today, Sydney Australia has inherited influences from all these places to make the city the dynamic centre it has developed into, not only its buildings, but its cuisine, arts and culture. Combined with its beautiful harbour, great beaches and practically surrounded by vast National Parks, visitors will remember their time here for the rest of their lives.

Circular Quay is a good place to start exploring our heritage, it is where the First Fleet to Australia on January 26, 1788 had settled for its beginnings of the new colony of New South Wales by Governor Arthur Phillip. First as a place to send the burgeoning numbers of prisoners of the British Empire, soon afterwards it quickly developed into a city that attracted free settlers and still does today.

The windy streets of the early years are still here at the foot of the city. Opposite the cove where the Sydney Opera House stands, there is The Rocks, now a restored historical district and many where many heritage buildings still stand.

A short walk up the hill south from Circular Quay takes you to the wide boulevards of that were part of Governor Macquarie’s (1810 to 1821) grand foresight and design for Sydney as he saw it developed from a town to a city.

About Sydney Places to Go.

You can find world class hotels to budget backpackers in the city centre and nearby suburbs. Serviced apartments are very popular here as well.

Main Photo: Jorn Utzøn’s Contribution to Australia and the World: The Sydney Opera House on the Harbour

Photo: Eora: The original people that inhabited the Sydney Region