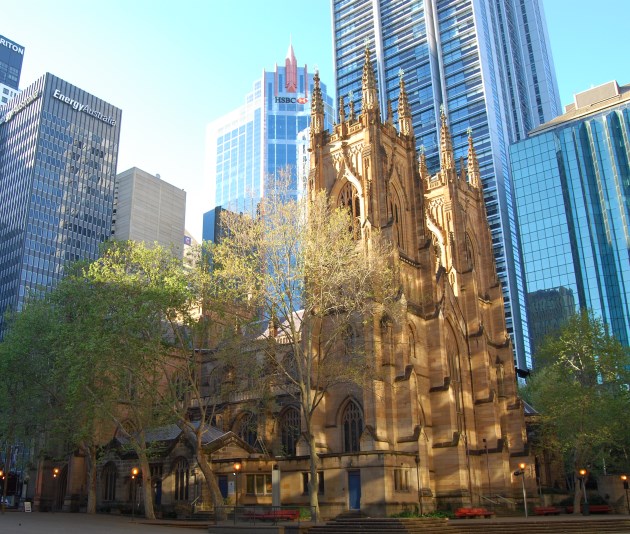 The rapidly expanding city of Sydney has architecture from its beginnings in its earliest convict colonial days to the modern day present, not only the Sydney Opera House including Early Colonial, Victorian, Georgian, Art Deco and Post Modern.

When the First Fleet arrived in what is now the Sydney, the government resided in tents and the prisoners were living in huts (bent over tree branches, covered with leaves). Next, stone houses were built with shingle roofs. The oldest existing example is Cadmans Cottage.

Other examples of early colonial heritage exist at The Rocks such as the Campbell’s Warehouses. The Rocks is a restored historical district, many other prime examples of Sydney’s early construction efforts can still be seen and visited here.

Further afield in the Greater Sydney Region you can find even more fine examples of early colonial buildings, such as Mamre Homestead and in Campbelltown.

Francis Greenway was a noted government architect who designed many of the city’s most elegant buildings in the city and greater surrounds. A wonderful example exists at the St. James Church with a copper covered steeple at Queens Square, he also designed the simple yet graceful Hyde Park Barracks.

Prime examples exist in Sydney of Victorian architecture, including its Sydney Town Hall.

Not far from the centre of the city is the suburb of Paddington, where you can see excellent examples of Victorian iron lace homes.

Now more commonly called the Greek Revival style, it was popular for government buildings to be designed in Sydney during the 1800s styled after the grand buildings designed by the Greeks in the Classical Ages.

In Sydney, another excellent example is the Mitchell Library in Sydney CBD. At the library, there is an excellent collection of early historical photos of Sydney buildings and also wonderful examples of Aboriginal Art and Crafts, as well as maps of the city.

Showing places to visit in the centre of the city: See the Sydney Tourist Maps.

Find places of interest in Australia.