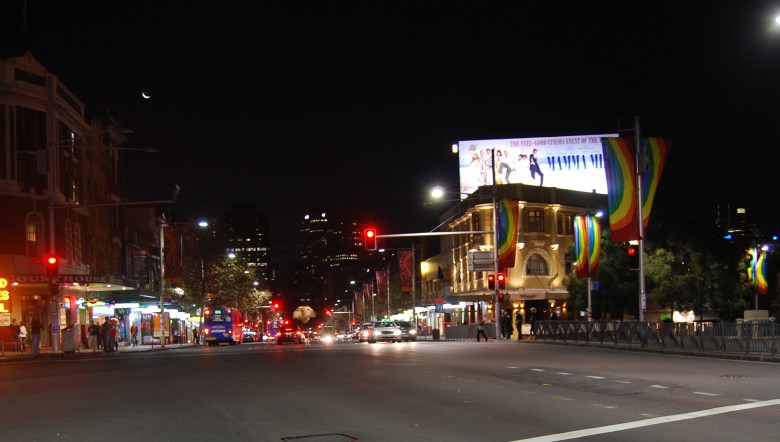 Photo: Oxford Street is known for its alternative lifestyles, fashion, entertainment, bars and restaurants.
Previous The Rocks Next Glebe

For alternative lifestyle fashions, entertainment, bars and a wonderful collection of cafés and restaurants, Oxford Street in Darlinghurst is known for its nightlife. During the day, you will find interesting fashions from all over the world.

At night, restaurants here and throughout the suburb extending to Kings Cross serve cuisine from all over the world, especially Italian and Mediterranean dishes.

Oxford Street is also where they hold the Sydney Gay and Lesbian Mardi Gras Parade every year. Starting from Hyde Park, it has been a tradition since 1978, after the first parade was broken up by police, many being charged. Some of this still goes on.

Today, the parade still makes a political statement, most of the floats still make political commentary as well as celebrate Sydney’s cultural diversity and as an expression of pride.

Oxford Street, being such a big part of the Mardi Gras held every year in Sydney is a good place to see the parade as is the road leading to the Sydney Showground, where the real party is. More about the entertainment district of Darlinghurst.

Sydney has beachside hotels and other accommodation, ranging from backpacker hostels to resorts. 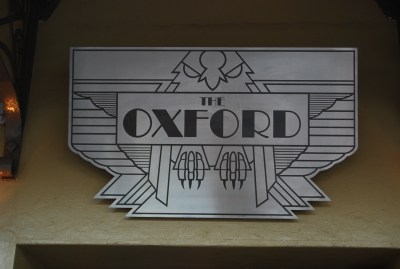