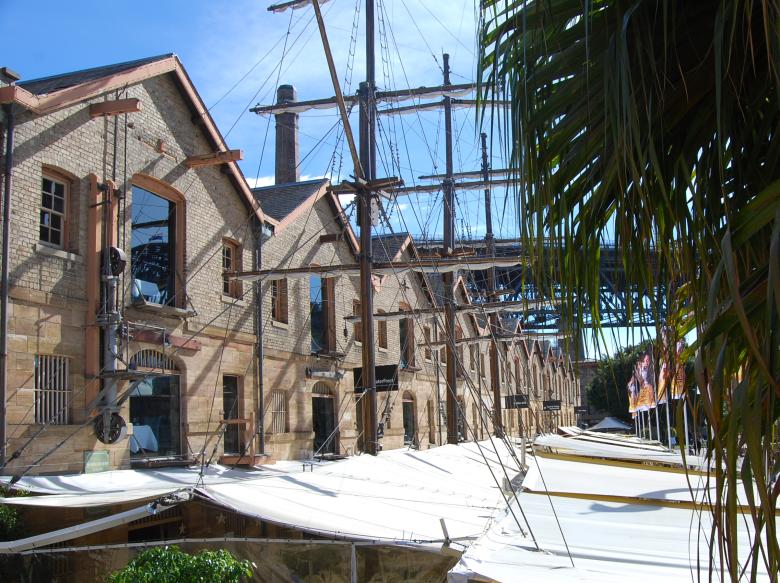 Photo: The Rocks, located at the north end of the City CBD.
Previous Maroubra Beach Next Oxford St Darlinghurst

The restored historical district of The Rocks, located at the foot of the Sydney CBD (Central Business District) and Circular Quay is where Sydney and the nation of Australia began. The First Fleet, transporting convicts and their guards to the new settlement had first planned to go to Botany Bay, to the south of Sydney Harbour.

Unable to locate any fresh water supplies at Botany, it was decided to settle at a small cove in Sydney Harbour, where they had found a lush forest and a stream of fresh water. Now known as Sydney Cove, the convicts were settled on the on the west side, now called The Rocks.

The whole area has been restored as a historical district, there are a number of places to go where you can get a good idea of what life was like for the newcomers to the continent.

There are a number of historical attractions at The Rocks, including:

You will also find a good collection of art galleries here, for Australian modern and Aboriginal artists:

Located in a sandstone warehouse dating from the 1850s, The Rocks Discovery Museum explores history of the area before the arrival of the First Fleet days to the present.

More information can be found at the Sydney Visitor Centre, located at the corner of Argyle and Playfair streets at The Rocks.

More about The Rocks in Sydney - The Rocks with Map - Attractions in The Rocks. 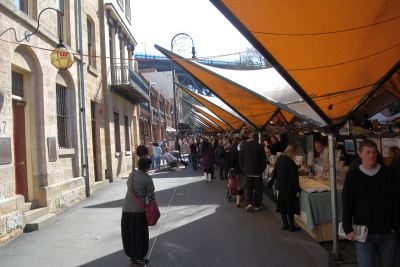 See a map showing The Rocks attractions Map of the Rocks or the Sydney Map, showing the location of The Rocks in relation to the city Map of Inner Sydney Australia.

Sydney has city hotels and other accommodation, ranging from backpacker hostels to 5 star luxury.

Main Photo: The Rocks, located at the north end of the City CBD.