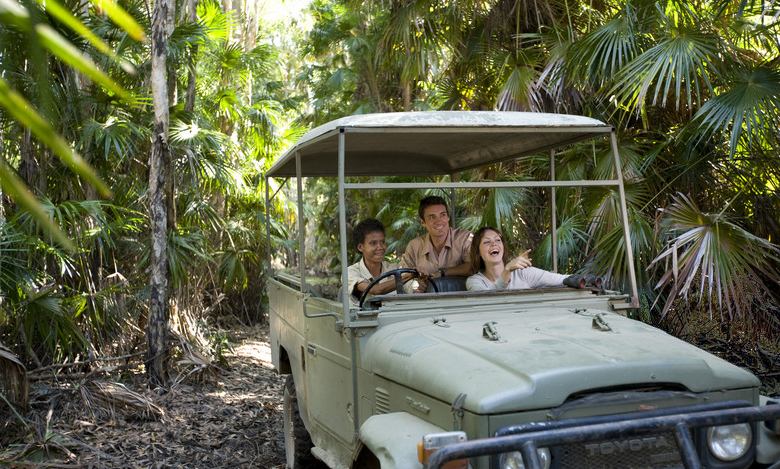 Arnhem Land in Australia has Kakadu National Park and covers more than 97 thousand square kilometres. Named after the Dutch ship that was used to explore the coast, ’Arnhem’, which in turn was named after the Netherlands city of Arnhem.

Later, Matthew Flinders on his historical circumnavigation of Australia in 1803 was the first to chart the coast of Arnhem Land.

Arnhem Land is the largest Aboriginal Reserve in Australia, the landscape varies from rugged sandstone plateau and escarpments in the south, down to the water catchment through to the lowland plains and the lush fertile wetlands. The coast itself has crystal sand beaches, inland, much of the land is covered by paperbark Eucalyptus and has abundant wildlife, including birdlife. Indeed, over 1/3 of Australia’s bird species can be found here.

It is necessary to obtain permission to enter Arnhem Land via permit, this can be obtained from the Northern Land Council.

The park experiences the monsoonal rains in summer with bulging rivers, thundering waterfalls and swelling wetlands. You can take aerial tours of the landscape for an amazing views of the pristine landscape, wildlife and birdlife.

Kakadu is World Heritage listed, not only for its natural environs but its cultural significance. aboriginals have occupied this region for more than fifty thousand years. Co-jointly managed by the traditional owners, the Buninj / Mungguy and the National Parks people, there are collections of wonderful rock art throughout the park, especially at places like Ubirr and Burrungui-Nourlangie Rock.

Buninj / Mungguy and their country are inseparable. You can learn more about the people that have lived in this region for many thousands of years at the Warradjan Aboriginal Cultural Centre and the Bowali Visitor Centre and you can experience more about Aboriginal life in the Kakadu.

NOTE: In the culture of the Bininj / Mungguy people, it is respectful to listen and think about any response carefully, before replying. Imagine if that caught on in the rest of the world.

About the Northern Territory