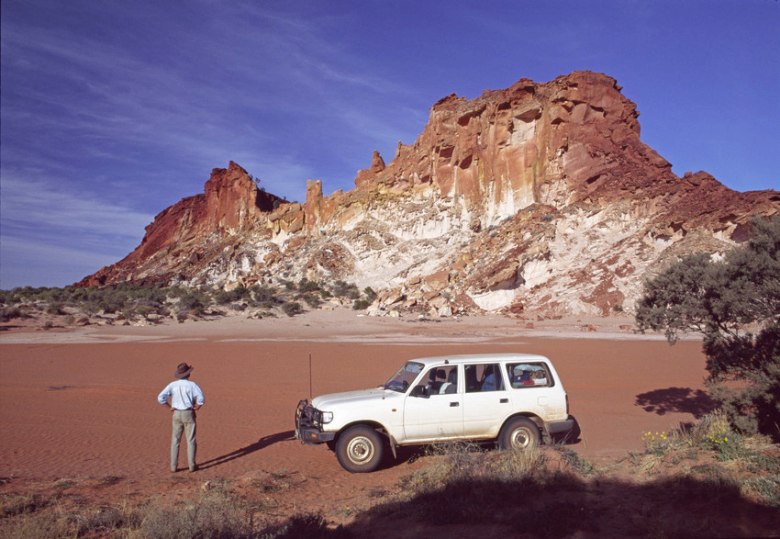 The extensive rains during the 2009 to 2010 season saw the desert bloom with wildflowers, greenery and wildlife. Although rare, floods can cause the Simpson Desert Park to be closed.

One of the attractions in the Simpson Desert region is Rainbow Valley Conservation Reserve. Located some 100kms south of Alice Springs, the traditional owners and custodians for this land are the Twertentyeye, Upper Southern Arrernte Aboriginal people, having lived here for thousands of years. They call this part of the land Imarnte.

During April to October you can take a rewarding tour of the rock art, engravings and occupation sites in the Rainbow Valley Conservation Reserve with an indigenous guide. Explaining life in the desert and the culture of the traditional owners gives you a unique insight into this region.

The geology and weather is what shaped the cliffs and sandstone bluffs of the James Range, with distinctive white and red rock. The red comes from the rich iron lava deposits of ancient volcanic eruptions, that covered even more ancient seabed sandstone layers that leech white limestone. The ranges were pushed up and the valleys worn away over the millenia.

There are 4WD tours available through the desert, you can even try a camel tour. An interesting view of what life for the newcomer settlers was and is like can be found at the Pink Roadhouse, the Oodnadatta Hotel and the Mount Dare Homestead. 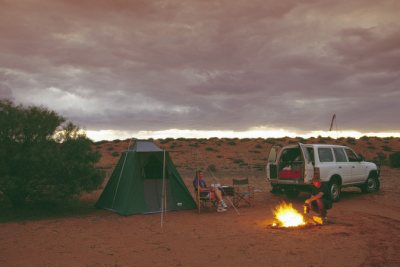