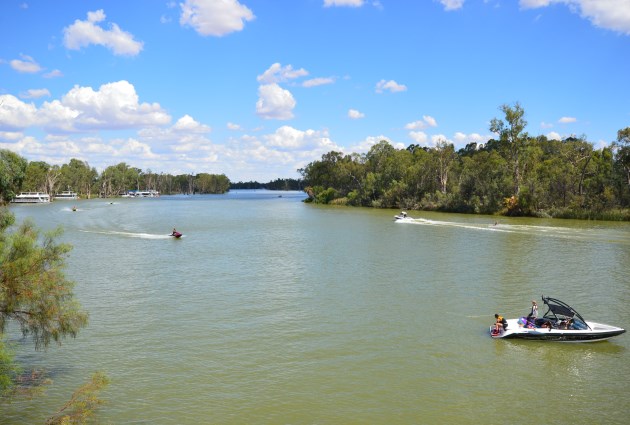 Adelaide Things to Do

The Murray River, situated in the Riverland region in the east of South Australia was and still is important economically to the state and the inland of Australia.

Along the river, there are numerous small towns that sprung up to service the many boats that went up and down the water, bringing supplies to the outer regions and produce including sheep and beef back to the city of Adelaide. Renmark and Mildura on the map.

In the 1850s and onwards, the river became a busy place. Steamers bringing mail, supplies, passengers plied the waters, as well as fishing boats and ferries. The constant trade established the many small towns along the river as well as the bigger ones over the years.

The Riverlands is also known for its many fine wines produced here. Indeed, it produces almost thirty per cent of Australia’s total wine grapes annually. With its warm and temperate climate, there are excellent wines to be experienced here. When in the region, be sure to check out one or more of the wine cellar door places.

Covering more than nine thousands square kilometres, the Riverland Biosphere Reserve protects the plants and animal life in the region. Recognised by UNESCO, it plays an important part in protecting earth’s biosphere.

Another place to visit in the Riverland is the Murray River National Park. The wonderful scenery here also protects the native flora and fauna of the region. You can go canoeing here, as well as trek through virtually pristine areas. Autumn and spring are the best times to explore the park, although heavy rains will make some sections impassible, bushfires also effect visitation of parts of the park.

Hundreds of Houseboats are available for hire along the Murray River in the various towns along the way. On a riverboat, you can enjoy going somewhere or just doing nothing. There are hotels, motels, caravan parks and holiday cottages, some very comfortable, to stay at.

Further Reading on our Wine Regions

Other noted Australia wine regions include:

Photo: One of the many bends in the Murray River, flowing through parched lands