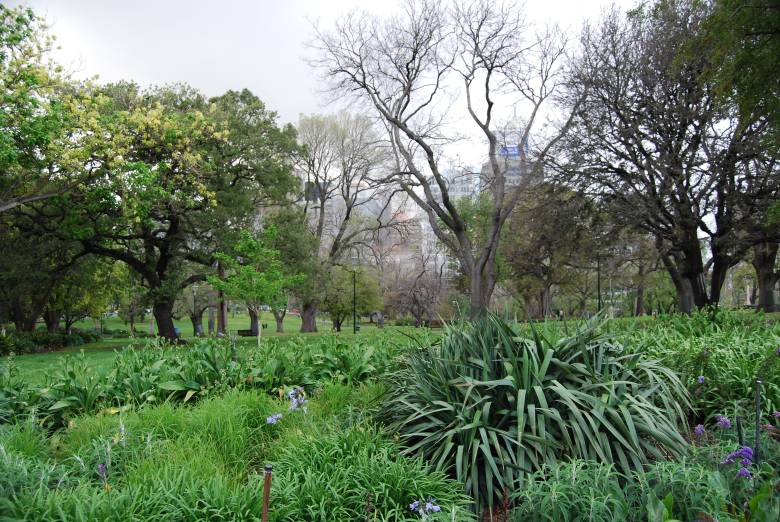 The Melbourne CBD (Central Business District) is practically surrounded by parklands. To the east of the city center, a significant and historical Melbourne landmark is the flag staff at the Flagstaff Gardens, used in the early days of the city to signal ships as there was a clear view to the harbour from here.

Part of the many parklands that surround the city centre, it was originally preserved as a landscaped ornamental garden back in the 1860s and formally declared in 1873.

The gardens are located to the northwest of the Melbourne city centre and include the Pioneers’ Memorial, dedicated to the early pioneers that settled in the region and the Separation Monument.

More about the suburbs of Melbourne.

There are ten of the earliest pioneers to the Melbourne Region actually buried here during the city’s first years, 1836 to 1837, including two infants.

Just a short stroll away is the Victoria Market - here you can browse for bargains of all kinds and fresh foods, including vegetables and seafood.

Melbourne Hotels include Luxury hotels to Budget Accommodation, the city includes a wide range of styles to suit almost any budget.

Main Photo: One of many beautiful parks in Melbourne - Flagstaff Gardens 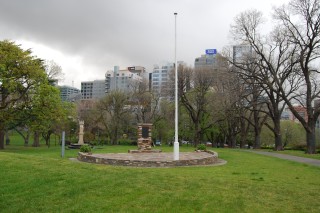